Many people in Germany, Belgium, and the Netherlands wonder why there are still US tactical nuclear weapons on their soil. These B-61 nuclear gravity bombs were stationed in Europe during the Cold War to deter the Soviet threat, but while this may (or may not) have once made sense, most pundits nowadays agree that at least from a military point of view, the weapons are irrelevant. More 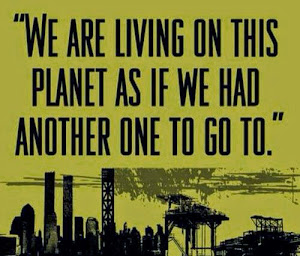 Given the tremendous damage the we humans have already done to the Earth, our home planet, the use of nuclear weapons in a conflict would be beyond insane.

We have already gone a long way to poisoning our atmosphere, making our oceans, one of the major sources of food, so acidic that we may be at a tipping point that will wipe out the shellfish and crustaceans that compose a large part of the ocean food chain. Fish stocks are in many areas depleted leading the FAO to suggest banning commercial fishing in some areas of some oceans.

We also have to face global heating which may bring with it changing rainfall patterns, which may lead to water and food shortages. Many inhabitants of our world are already living on barely enough food and water to keep them alive. Furthermore, the planetary population is growing and heading for nine billion by mid-century. Experts are questioning whether or not we will be able to feed this many.

We have to keep in mind that we have only this small fragile planet. A planet in a backwater of our local galaxy. There are no inhabitable worlds to go to nor the transport to get there on. If we do not take care and preserve our world, which will take a global effort to accomplish, the human race may perish. Think of your children and family members,your friends and colleagues If we use nuclear weapons all will certainly perish.

Chernobyl and Fukushima and all the nuclear testing carried out by the UN's P5 have spread more than enough nuclear pollution through the planet. A nuclear conflict would seal our fate.

Pope Francis said recently, “Even today we raise our hand against our brother… We have perfected our weapons, our conscience has fallen asleep, and we have sharpened our ideas to justify ourselves as if it were normal we continue to sow destruction, pain, death. Violence and war lead only to death”.

As H.H. 14th Dalai Lama said, “Peace does not mean an absence of conflicts; differences will always be there. Peace means solving these differences through peaceful means; through dialogue, education, knowledge; and through humane ways.” Editor