It’s been almost 10 years since the 2004 Sumatra-Andaman-Aceh great earthquake produced a tsunami that devastated the area around the Indian Ocean.

The Pacific Tsunami Warning Center put together this brief video showing the progression of Earthquakes over the last decade, including both pretty small ones and large ones. Awesome to see how completely they’re controlled by plate tectonics and how the occasional rare “great earthquake” does pop up.

The last decade actually has seen more great earthquakes than typically occur during a decade, but that’s what happens with extremely rare events. Sometimes you go a couple decades with none, sometimes you have a decade with 2 or 3 in a fairly short succession. More 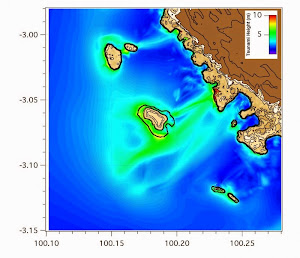