This conversation is part of End Poverty in California’s statewide listening tour—we’ve also visited Los Angeles, Antioch, Ontario, and numerous community colleges—and once again I am struck by the fatigue people feel from their steady activism, sharing their personal stories, and not seeing fundamental change. The fact that they have turned out for yet another conversation is indeed an act of faith. As Alexandria Crowder, who has resided in Fresno for 30 years, says, “It’s not easy not to give up. But if you give up, then who’s left?”

The ‘Competitiveness Road Map for India@100’, recently released by the Economic Advisory Council to the Prime Minister, charts out the plan for India to become an upper-middle-income country by 2047. It looks impressive at first glance. However, a closer reading of the theory underpinning this policy goal would show this to be seriously flawed.

When GDP was introduced as an economic concept, it was rightly assumed to be an annual measure of exchangeable goods and services in a country and not as a direct measure of the welfare of the people in the country. Even GDP per capita, which is a better measure than the gross GDP because it takes into account the population in the country, is a flawed measure of welfare. The major weakness of GDP per capita is that it ignores the distributional dimension of GDP

The oil and gas industry has delivered $2.8bn (£2.3bn) a day in pure profit for the last 50 years, a new analysis has revealed.

The vast total captured by petrostates and fossil fuel companies since 1970 is $52tn, providing the power to “buy every politician, every system” and delay action on the climate crisis, says Prof Aviel Verbruggen, the author of the analysis. The huge profits were inflated by cartels of countries artificially restricting supply.

The analysis, based on World Bank data, assesses the “rent” secured by global oil and gas sales, which is the economic term for the unearned profit produced after the total cost of production has been deducted.

The computer modeling made it plain: If people continued to overextract finite resources, pollute on a massive scale, and balloon the human population in an unsustainable way, civilization could collapse within a century. It sounds like that modeling could have been done last week, what with climate change, water shortages, and microplastics corrupting every corner of the Earth. But in fact it dropped in the 1972 book The Limits to Growth, published by the Club of Rome, an international organization of intellectuals founded in 1968.

The book sold millions of copies and was translated into at least 30 languages, attracting a storm of controversy. It was, after all, very early computer modeling—completed on a punch-card machine at MIT—and a highly simplified simulation of complex global systems. And it was making rather grand and consequential predictions. (As the old quip goes: All models are wrong, but some are useful.) That model spit out scenarios in which humanity either got more sustainable and equitable, and thus flourished, or continued letting capitalists plunder the planet and our civilization to death.
“What came from the simulations is that most of the cases—but not all, and it’s important to say not all—the evolution of a number of variables like population, production, pollution, was showing that around the mid-21st century, we would have a scenario of collapse of human civilization,” says Carlos Alvarez Pereira, vice president of the Club of Rome and co-editor of the new retrospective book Limits and Beyond: 50 Years on From The Limits to Growth, What Did We Learn and What’s Next?

“The whole thing was framed into doomsday prophecy. We didn’t succeed in bringing the message that it was not about that. It was really about: We have the capacity to choose. We have, as humanity, the capacity to decide what kind of future we want.” https://bit.ly/3NO1Vnl

Editor’s Note: Arundhati Roy is the author of “The God of Small Things,” which won the Booker Prize in 1997 and “The Ministry of Utmost Happiness,” which was long-listed for the Man Booker Prize in 2017. Her collected political writing has been published as “My Seditious Heart” (2018) and “Azadi” (2020). She lives in New Delhi. The views expressed in this commentary are her own. View more opinion at CNN.

The incident led to protests among India’s Muslim minority in several states. Some Muslim-majority nations summoned their India ambassadors. India’s foreign ministry said the comments did not reflect the views of the government, and the officials involved – one of whom later withdrew her remarks – faced disciplinary action.

But for India’s 200 million Muslims, these comments were not an isolated incident.

Rather, they were the culmination of the BJP’s “engineering hatred of a common enemy,” says bestselling Indian author Arundhati Roy.
Arundhati Roy: ‘The damage to Indian democracy is not reversible’

“India’s tragedy is not that it’s the worst place in the world – it’s that we are on our way there. We’re burning down our house. India is an experiment that is failing dangerously,” she told CNN.

“Many, many of my beloved friends – poets, writers, professors, lawyers, human rights activists and journalists – are in prison, most of them charged under a dreaded law called the Unlawful Activities Prevention Act, all of them for speaking up for minorities, Dalits and forest-dwellers facing displacement and state terror.

“Among them are people I consider to be India’s most important minds. It makes one wonder what living as a free person in the time of fascism means. What does it mean to be a bestselling author when the world is breaking?” writes Roy.

In this email interview with CNN Opinion, Roy says Indian politics has something in common with the US Capitol riots, that Prime Minister Narendra Modi is stoking hatred, and talks about who the real power in India lies with. https://cnn.it/3yhH71w

(CNS): The National Conservation Council has confirmed that the extension of a farm road in North Side will need an environmental impact assessment as the proposed route would take it through some of Cayman’s most pristine remaining forest land. Flying in the face of the PACT Government’s policy of limiting development in untouched habitat, the NRA wants to extend Hutland Road.

Experts at the Department of Environment believe that this land is some of the most bio-diverse habitat in the Cayman Islands, which could be placed under threat once it is made accessible.

Speaking at the National Conservation Council general meeting on Wednesday, DoE Director Gina Ebanks-Petrie explained that the working group of the NCC had reviewed the westward road extension proposed by the planning ministry. 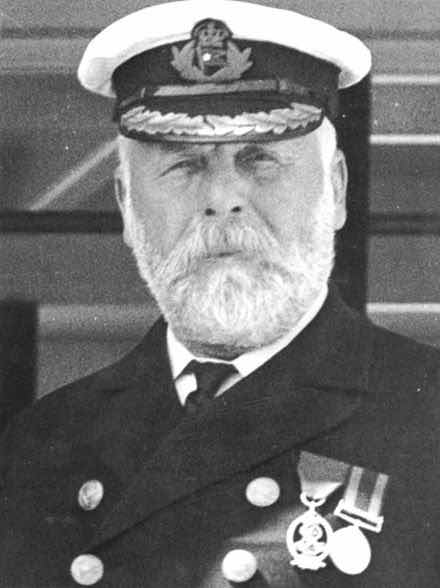 Titanic was under the command of Captain Edward Smith, who went down with the ship.
I often analyze systems of governance and Government in States, Countries, Territories, and Colonies. I attempt to analyze the efficiency with which the states is being run, and identify the weak and vulnerable points.
More often than not I walk away with the understanding that there is no one fully in charge of these entities.
I often come away with the understanding that the helmsman is asleep at the wheel, or that the captain is on vacation.
In this era, living as we do under high stress and with escalating crime, stemming from the COVID-19 pandemic, and the developing financial crisis driven by the invasion of Ukraine, countries need and must to be guided by a strong, intelligent hand.

Over 1,000 scientists from 25 different countries staged protests last week following the release of the Intergovernmental Panel on Climate Change’s new report. The report warned that rapid and deep cuts to greenhouse gas emissions are necessary by 2025 to avoid catastrophic climate effects.

The group, called the Scientist Rebellion, writes in a letter that “current actions and plans are grossly inadequate, and even these obligations are not being met.” Their protests “highlight the urgency and injustice of the climate and ecological crisis,” per a statement from the organization.

In Los Angeles, scientists including Peter Kalmus, a NASA climate scientist with the Jet Propulsion Laboratory, chained themselves to the JP Morgan Chase building.

“We’ve been trying to warn you guys for so many decades,” Kalmus says, his voice shaking. “The scientists of the world have been being ignored. And it’s gotta stop. We’re going to lose everything.”

They were met by about 100 police officers in riot gear and arrested, reports Salon’s Eric Schank https://bit.ly/36sqfvo