Amidst the recent release of scientific reports on climate change, the key message has been for urgent action to limit global warming, before time runs out. 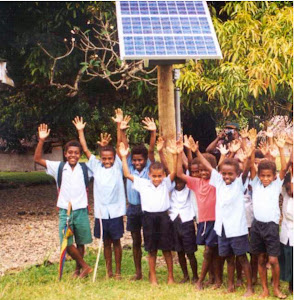 The Intergovernmental Panel on Climate Change released their Synthesis Report on the 5th Assessment Report in October, the World Bank released the “Turn down the heat, confronting the new climate normal” report in November and the United Nations Environment Program released their “Bridging the 2014 Emission Gap Report” also in November.

According to the “Turn down the heat” report and an accompanying press release – climate change impacts such as extreme heat events may now be unavoidable because the Earth’s atmospheric system is locked into warming close to 1.5°C above pre-industrial levels by mid-century, and even very ambitious mitigation action taken today will not change this.

This does not mean, however, that long-term warming of 1.5°C is locked in, or that achievement of the 1.5°C warming limit, as called for by vulnerable countries like Pacific Islands, is no longer possible.

“What we see from the scientific literature is that it’s clear that we can indeed hold warming below 2 degrees in this century probably with the most aggressive mitigation emission reduction options. We can limit peak warming close to 1.5 degrees and slowly reduce that to below 1.5 degrees by 2100,” said Prof. Bill Hare of the Climate Analytics Group, Potsdam Institute.

“This is going to involve fairly major changes in policy settings now but this is what we are negotiating for, to have the emissions go down in the 2020’s and if we can do that fast enough then its technically and economically feasible to bring warming back to 1.5 degrees by the end of the century.”

“Those that are arguing it’s not possible are expressing a political judgment, not a scientific judgment.”

There will be climate change impacts experienced by several regions including the Pacific islands, before warming is reduced as limiting peak warming close to 1.5°C by mid century will still result in significant damage.

At the present levels of warming (about 0.8°C above preindustrial) the impacts of climate change are already being felt in many regions of the world. Continued damage is forecast to the coral reefs in the Pacific and other tropical oceans, there is the huge risk of damage to water supply resources in dry regions and substantial drops in crop yield in regions such as sub Saharan Africa.

“On top of that we’ll also be experiencing quite major increase in extreme heat events even for 1.5 degrees warming so whatever happens we’re going to have to go through some very severe changes,” explains Professor Hare.

Here in Lima, Peru at the 20th Conference of the Parties to the United Nations Framework Convention on Climate Change (UNFCCC COP20), the Pacific islands are calling for a 1.5 degree limit to global warming by 2100. The next two weeks of climate negotiations continue the work being done by the Pacific islands as members of the Alliance of Small Islands States, lobbying for the 1.5 degree limit to global warming to be agreed upon in Paris next year.

The new climate treaty is to be agreed upon by the end of December in 2015 in Paris.

“Strengthening the long-term temperature goal to 1.5 degrees is of critical importance for us. Even at the current temperatures, our small low lying islands are being battered by king tides, salt water intrusion, coastal erosion, coral bleaching, ocean acidification, loss of species and habitats,” said Ms. Ana Tiraa, Head of the Cook Islands delegation at the UNFCCC COP 20.

“These will only be exacerbated at higher temperatures, with due respect to other parties, the Cook Islands calls for ambition levels that are high enough to keep temperature rise below 1.5 degrees. Temperature rises above 1.5 degrees cannot be an option for low lying small islands if we have a hope of surviving.”

According to Prof. Hare, at present there is confidence that with aggressive mitigation action warming can be held to below 2 degrees yet another decade of inaction will most likely lead to warming at 2 degrees or above. The message is clear that the time for action is now.

“It is still feasible to bring global warming to below 1.5 degrees by 2100 but whether or not the world politics and major economies will take enough action in the coming five to 20 years is in question. We are entitled to be skeptical given the inaction that has characterised the last decade as to whether that looks happening but it’s not a scientific judgment or statement, the option is well and truly open to bring warming back to below 1.5 degrees. More