After the massacre, a letter was sent to the editor of the leftist affiliated newspaper Al-Hamishmar, but never published. 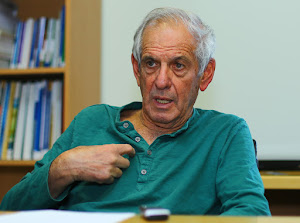 As Auron notes, there are still many archives of the time which are classified. Auron also states that there was an investigation that was never concluded and “died out” as a massive amnesty was provided to military personnel in February 1949.

This is a very exhaustive article, but I found it useful enough to translate this letter in full on its own. The letter, which first “disappeared,’ was provided to Auron by historian Benny Morris. Although these matters have been referred to in passing in historical summaries, the letter has never been published before in full.

The letter is brought forth by a member of the MAPAM leftist party, S. Kaplan, who got the letter of testimony from the soldier. It is written to Eliezer Peri, editor of Al Hamishmar, and dated 8th November 1948 (18 days after the massacre):

Today I have read the editorial of “Al Hamishmar” where the question of our army’s conduct was aired, the army which conquers all but its own desires.

A testimony provided to me by an officer which was in [Al] Dawayima the day after its conquering: The soldier is one of ours, intellectual, reliable, in all 100%. He had confided in me out of a need to unload the heaviness of his soul from the horror of the recognition that such level of barbarism can be reached by our educated and cultured people. He confided in me because not many are the hearts today who are able to listen.

There was no battle and no resistance (and no Egyptians). The first conquerors killed from eighty to a hundred Arabs [including] women and children. The children were killed by smashing of their skulls with sticks. There was not a house without dead. The second wave of the [Israeli] army was a platoon that the soldier giving testimony belongs to.

In the town were left male and female Arabs, who were put into houses and were then locked in without receiving food or drink. Later explosive engineers came to blow up houses. One commander ordered an engineer to put two elderly women into the house that was to be blown up. The engineered refused and said he is willing to receive orders only from his [own] commander. So then [his] commander ordered the soldiers to put the women in and the evil deed was performed.

One soldier boasted that he raped an Arab woman and afterwards shot her. An Arab woman with a days-old infant was used for cleaning the back yard where the soldiers eat. She serviced them for a day or two, after which they shot her and the infant. The soldier tells that the commanders who are cultured and polite, considered good guys in society, have become vile murderers, and this occurs not in the storm of battle and heated response, but rather from a system of expulsion and destruction. The fewer Arabs remain – the better. This principle is the main political motive of [the] expulsions and acts of horror which no-one objects to, not in the field command nor amongst the highest military command. I myself was at the front for two weeks and heard boasting stories of soldiers and commanders, of how they excelled in the acts of hunting and “fucking” [sic]. To fuck an Arab, just like that, and in any circumstance, is considered an impressive mission and there is competition on winning this [trophy].

We find ourselves in a conundrum. To shout this out in the press will mean to assist the Arab League, which our representatives deny all complaints of. To not react would mean solidarity with moral corruption. The soldier told me that Deir Yassin [another massacre, by Irgun militants, April 1948] is not the peak of hooliganism. Is it possible to shout about Deir Yassin and be silent about something much worse?

It is necessary to initiate a scandal in the internal channels, to insist upon an internal investigation and punish the culprits. And first of all it is necessary to create in the military a special unit for the restraint of the army. I myself accuse first of all the government, which doesn’t seem to have any interest to fight the phenomena and perhaps even encourages them indirectly. The fact of not-acting is in itself encouragement. My commander told me that there is an unwritten order to not take prisoners of war, and the interpretation of “prisoner” is individually given by each soldier and commander. A prisoner can be an Arab man, woman or child. This was not only done at the exhibition windows [major Palestinian towns] such as Majdal and Nazareth.

I write this to you so that in the editorial and in the party the truth will be known and something effective would be done. At least let them not indulge in phony diplomacy which covers up for blood and murder, and to the extent possible, also the paper must not let this pass in silence.