Credit: Caribbean Community Climate Change Centre. Not for use without written permission.

Belmopan, Belize; November 30, 2018 – The Caribbean Community Climate Change Centre (CCCCC) through the USAID-funded Climate Change Adaptation Program (USAID CCAP) is about to launch its most recent initiative to significantly boost the Caribbean’s ability to limit the ravages of climate change by improving its capability to monitor and plan for physical changes to the land and marine environments.

The acquisition of an Airborne LiDAR system by the Centre – also known as the 5Cs – is possibly the most significant achievement for data capture in the Caribbean. For decades, countries of the region have clamoured for LiDAR produced data the high cost all but prohibited its application; and… The twenty-fourth Conference of the Parties to the United Nations Framework Convention on Climate, known as COP24, will take place in Poland from December second to the fourteenth. The key objective of this year’s conference is to adopt the implementation guidelines of the Paris Agreement. It brings together world leaders and champions of the environment in a number of high-level events. Belize is part of the block of countries identified as Small Island Developing States. Last week, CARICOM member states of the grouping met in Barbados to prepare for the conference. The Caribbean Community Climate Change Center’s Carlos Fuller shares the region’s expectation of the event: Homo Sapiens are a curious race, for although our name means Wise Man we have swallowed the bait of capitalistic Kool Aid with alacrity, and now fully subscribe to the theory that enriching the elite 1% will benefit everyone.
If this were not the heights of ignorance, our lack control over the fossil fuel industry and the imperial war machine will certainly be the our undoing, leading, in all probability, to extinction of life on this planet.
Let us therefore live a life in keeping with our species name and cooperate globally to save our Home World, this planet Earth.
Nicholas Robson, Cayman Islands, 18 November 2018 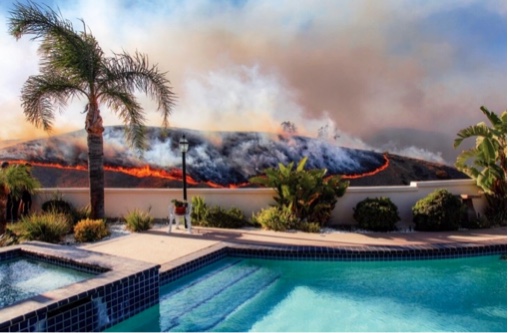 In 1988, George H. W. Bush, running for President, promised that he would fight “the greenhouse effect with the White House effect.” He did not, nor did his successors, nor did their peers in seats of power around the world, and so in the intervening decades what was a theoretical threat has become a fierce daily reality. As this essay goes to press, California is ablaze. A big fire near Los Angeles forced the evacuation of Malibu, and an even larger fire, in the Sierra Nevada foothills, has become the most destructive in California’s history. After a summer of unprecedented high temperatures and a fall “rainy season” with less than half the usual precipitation, the northern firestorm turned a city called Paradise into an inferno within an hour, razing more than ten thousand buildings and killing at least sixty-three people; more than six hundred others are missing. The authorities brought in cadaver dogs, a lab to match evacuees’ DNA with swabs taken from the dead, and anthropologists from California State University at Chico to advise on how to identify bodies from charred bone fragments. Read More

The world’s largest floating solar power plant is now online in China. Built by Sungrow, a supplier of PV inverter systems, the 40MW plant is now afloat in water four to 10 meters deep, and successfully linked to Huainan, China’s grid. The placement was chosen in large part because the area was previously the location of coal mining operations; and, as a result, the water there is now mineralized and mostly useless. The lake itself was only formed after years of mining operations, the surrounding land collapsed and created a cavity that was filled with rainwater.

Floating solar plants are advantageous because they put otherwise useless water and land to good use, and the water naturally cools the system and the ambient temperatures, improving generation and limiting long-term damage from heat.

The project aims to make the provision of potable water in Barbados less vulnerable to the impacts of hurricanes which have been increasing in intensity over the past decades. It involves installing a photovoltaic (PV) power generation field next to one of the main pumping stations, yielding a mitigation benefit from the reduced dependency on diesel-generated electricity. In addition, the installation of water storage tanks and rainwater harvesting systems in several strategic locations on the island will ensure that any disruptions in water supply do not lead to immediate loss of potable water to vulnerable populations.