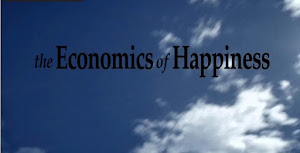 The cast of heroes and villains in Greece’s ongoing battle to save its economy varies depending on who’s telling the story. 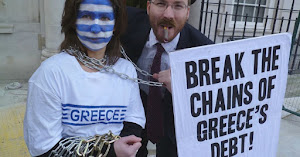 One simplified narrative depicts the German people as rich and callous overlords inflicting hardship on the downtrodden Greeks.

The austerity measures they insist upon are essentially meant to punish the Greeks for spending too much on social programs for the sick and elderly.

In an opposing storyline, the Greeks have only themselves to blame: they lived beyond their means, evaded taxation, were generally corrupt, and irresponsibly piled up debts they simply could not repay. In this scenario the Germans are like parental figures administering discipline on the immature Greeks.

Neither of these narratives is accurate or helpful; rather than providing real insight, they merely serve to heighten nationalistic and xenophobic impulses in both countries. In order to make sense of what’s going on, we ­­need to go behind the scenes to look more broadly at the underpinnings of the crisis.

It is widely assumed that the European Union was formed in order to prevent conflict. This notion can be traced to the aftermath of the Second World War, when well-intentioned statesmen promoted the notion that economic integration was a path to peace and harmony. And until this day many idealists support the EU for this reason. However, for many in my network – particularly in Scandinavia – it was clear from the beginning that the EU was primarily about big business.

In the end, the economic problem in Greece is the product of a global system that puts the needs of corporations and banks ahead of people and the planet.

Before countries were linked together into an economic union, Europe’s many regions were home to a great variety of cultures, languages and customs. But the Union erodes this rich diversity, which was born of human adaptation to different climates and ecological realities. The many borders, currencies, and differing regulations made trade difficult for big business, while the diversity of languages and cultural traditions put limits on mass marketing.

None of these were obstacles to businesses operating within their own countries – in fact, the borders and cultural diversity helped protect the markets of domestic producers from the predations of mobile capital, helping to ensure their survival. But for big corporations and financial institutions, diversity is an impediment, monoculture is ‘efficient’. For them, a single Europe-wide market of 500 million people was an essential step to further growth. Meeting that goal required a single currency, ‘harmonized’ regulations, the elimination of borders, and centralized management of the European economy.

The European Union is an extension of the Bretton Woods institutions – The World Bank, the International Monetary Fund (IMF), and the General Agreement on Tariffs and Trade (GATT) – founded at the end of World War II. Their stated purpose was global economic integration in order to avoid another depression and to avert war. But the result was a form of economic development – based on debt, global trade and consumerism – that systematically favored corporate interests while hollowing out local economies worldwide. Sadly, many people still idealistically embrace the Bretton Woods institutions, as well as the European Union.

Neither the media nor academia has focused on the role of transnational banks and corporations in promoting this economic path. Instead they continue to reinforce the notion that European “economic integration” is about peaceful coexistence among countries that would otherwise be at war with each other. The benefits to big business, meanwhile, are hardly mentioned at all. It is no wonder that the public continues to be beguiled by this message, and that many statesmen have internalized the notion that centralization is in the public interest.

However, Greece reveals clearly where a centralized economy dominated by corporations and banks leads. In country after country, TNCs have been able to evade taxes by ‘offshoring’ their activities, and to bargain for lower tax rates and higher subsidies by threatening to move where even less in taxes will be demanded, and even more in subsidies provided. At the same time, governments must pay from their depleted treasuries to provide support for the growing ranks of unemployed, to retrain displaced workers, to mend the unraveling social fabric, and to clean up the despoiled environments left behind by deregulated, mobile corporations. Forced to go hat-in-hand to banks – which can create money out of thin air by issuing loans – countries can easily find themselves on a downward spiral, with interest payments consuming an increasing proportion of national output. It’s no wonder that so many governments today are struggling to stay afloat, while global corporations and banks are flush with cash.

In the end, the economic problem in Greece is the product of a global system that puts the needs of corporations and banks ahead of people and the planet. The same system is responsible for the polluted rivers and air in China, for the sweatshop conditions in Bangladesh, for the economic refugees from Africa desperately seeking asylum in Europe, and for the collapsing economies of Puerto Rico, Greece, and beyond. The internal logic of this global system favors no nation – not Germany, not even the United States – but only the footloose corporations and banks that dominate the global economy.

There is an alternative to starving our own people to enrich foreign banks: it involves moving away from ever-more specialized production for export, towards prioritizing diversified production to meet people’s genuine needs; away from centralized, corporate control, towards diverse, localized economies that are more equitable and sustainable. This means encouraging greater regional self-reliance, and using our taxes, subsidies and regulations to support enterprises embedded in society, rather than transnational monopolies.

Although the localization path is not yet visible in the media, more and more economists, environmentalists and social activists are embracing it. Awareness is growing, as people around the world recognize this simple truth: “we are all Greece.” More

Watch an excerpt of a very powerful speech from Vandana Shiva. She explains the insanity behind the idea of corporations as people and what that notion is doing to our society. Watch her full speech today at 5pmPT/ 8pmET.