For the last century, the biggest, most powerful companies in the global energy market have been oil and gas producers. Slowly, though, the global race to avert climate change has been upsetting that hierarchy. And in 2020, aided by the devastating blow dealt to oil demand by the pandemic, a cohort of clean energy companies finally shouldered aside Big Oil and rose to the top of the financial heap.
The era of Big Renewables—electric utilities and traditional oil and gas majors that have shifted their portfolios out of fossil fuels and toward renewables—is here. How long they’ll stay on top depends on what happens during the post-pandemic economic recovery. . Read More

Campaigners celebrate at the Hague after the court of appeal upheld the historic climate ruling on the Dutch Government. Photograph: Chantal Bekker Chantal Bekker/GraphicAlert/Urgenda Foundation

A court in The Hague has upheld a historic legal order on the Dutch government to accelerate carbon emissions cuts, a day after the world’s climate scientists warned that time was running out to avoid dangerous warming.

Appeal court judges ruled that the severity and scope of the climate crisis demanded greenhouse gas reductions of at least 25% by 2020 – measured against 1990 levels – higher than the 17% drop planned by Mark Rutte’s liberal administration.

The ruling – which was greeted with whoops and cheers in the courtroom – will put wind in the sails of a raft of similar cases being planned around the world, from Norway to New Zealand and from the UK to Uganda.

Marjan Minnesma, the director of the Urgenda campaign which brought the case, called on political leaders to start fighting climate change rather than court actions.

She said: “The special report of the IPCC emphasises that we need to reduce emissions with much greater urgency. The Dutch government knows that as a low-lying country, we are on the frontline of climate change. Our own government agencies recently concluded that in the worst case scenario sea levels might rise by 2.5 to 3 metres by the end of the century. The court of appeal’s decision puts all governments on notice. They must act now, or they will be held to account.”

Jesse Klaver, the leader of the Dutch Greens welcomed the decision as “historic news”. He told the Guardian: “Governments can no longer make promises they don’t fulfil. Countries have an obligation to protect their citizens against climate change. That makes this trial relevant for all other countries.”
Read More 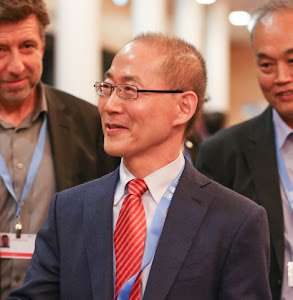