The fact that Wikileaks / Julian Assange published evidence of the US perpetrating war crimes in Irag, i.e. the shooting of civilians in Baghdad from a helicopter gunship , and their treatment of Chelsea Manning compels me to ask why the District Judge Vanessa Baraitser needed an excuse to refuse the US extradition request.
Are no nation-states willing to uphold the international rule of law? Does the US have a get-out-of-jail card?
Freedom of the press and the international Rule Of Law  is in everyones best interest. Having the United States acting as a rouge state is a worrying proposition.
Read More 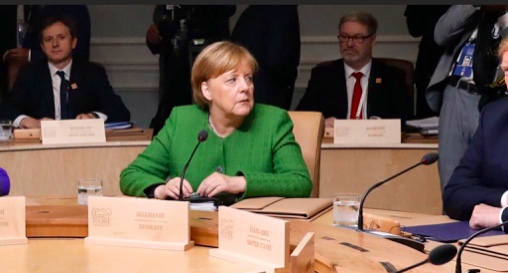 The order that has structured international politics since the end of World War II is fracturing. Many of the culprits are obvious. Revisionist powers, such as China and Russia, want to reshape global rules to their own advantage. Emerging powers, such as Brazil and India, embrace the perks of great-power status but shun the responsibilities that come with it. Rejectionist powers, such as Iran and North Korea, defy rules set by others. Meanwhile, international institutions, such as the UN, struggle to address problems that multiply faster than they can be resolved.

The newest culprit, however, is a surprise: the United States, the very country that championed the order’s creation. Seventy years after U.S. President Harry Truman sketched the blueprint for a rules-based international order to prevent the dog-eat-dog geopolitical competition that triggered World War II, U.S. President Donald Trump has upended it. He has raised doubts about Washington’s security commitments to its allies, challenged the fundamentals of the global trading regime, abandoned the promotion of freedom and democracy as defining features of U.S. foreign policy, and abdicated global leadership. Read More

In the long history of Korea, nothing compares to the 20th century division of the peninsula or the war that followed. That war has not finished, and a peace treaty remains elusive. China, North Korea and South Korea all seek a peace treaty, but 11 U.S. presidents since 1953 have been unwilling to agree.

If President Trump turns out to be the exception, that shift could help put an end to more than a half-century of conflict — and the role of the United States in determining whether peace arrives is not a small one. Neither is it coincidental: in fact, the U.S. has played a key role in keeping the conflict going as long as it has.

The division of Korea is not what Franklin Delano Roosevelt intended as World War II ended. Read Morenorth,south