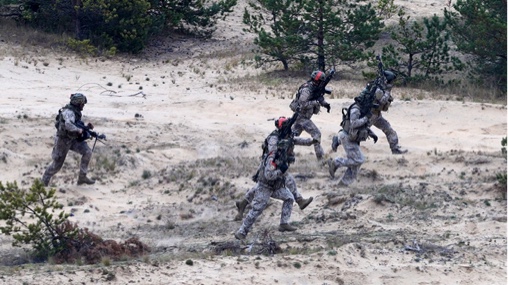 “We are pretty close to a new Cold War because of Russia’s illegal actions in Ukraine,” says former Secretary-General of NATO Anders Fogh Rasmussen who led the alliance from 2009 to 2014.

In this episode of Head to Head, Mehdi Hasan challenges Anders Fogh Rasmussen, the former Danish prime minister and former NATO chief, on the West’s military alliance’s role in Eastern Europe and the so-called War on Terror.

We examine his record since assuming office in 2001, his role in the European support for the Iraq War and ask whether his NATO policies since 2009 have backfired.

Is it the West, or Putin who calls the shots in Ukraine? Has NATO reignited the Cold War? Did it create a bigger problem in Libya? And did it botch its mission in Afghanistan?

Joining this discussion are:

• Richard Sakwa, Russia and European politics professor and author of Frontline Ukraine: Crisis in the Borderlands, from the University of Kent

• Alexander Nekrassov, a political commentator and former adviser to the Kremlin

• Ian Bond, a former British diplomat and director of foreign policy at the Centre for European Reform