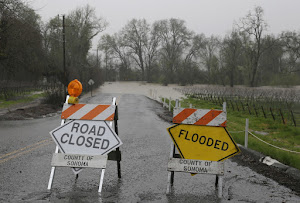 The Caribbean Community Climate Change Centre (CCCCC) received the 2015 Energy Globe Award for its renewable energy and potable water work in Saint Vincent and the Grenadines.

The Cayman Islands should be emulating this initiative and moving towards potable water production for Grand Cayman, Cayman Brac and Little Cayman. Editor 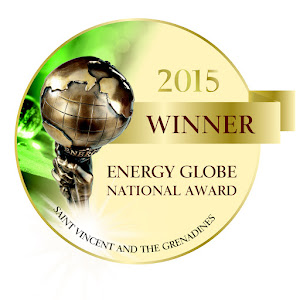 Energy Globe, an internationally recognized trademark for sustainability, is one of the most important environmental prizes today with 177 participating countries. The award, which is made from a cross-section of over 1, 500 entries annually, is given in recognition of outstanding performance in terms of energy efficiency, renewable energy and resource conservation.

The CCCCC won the 2015 Energy Globe National Award for the project “Special Programme for Adaptation to Climate Change”. The project was executed on the island of Bequia in Saint Vincent and the Grenadines and focuses on the production and provision of clean drinking water for more than 1,000 people. This is being done through the acquisition and installation of a reverse osmosis desalination plant. The project is deemed highly sustainable as the water input is inexhaustible sea water and the energy used is solar, a renewable, carbon-free source.

The landmark project was also presented by Energy Globe as part of a global online campaign (www.energyglobe.info) on World Environment Day. The campaign ran under the patronage of UNESCO and in cooperation with UNEP and received significant recognition.

“To be honoured with this award is a great recognition of our work for a better environment and motivates us to continue our endeavours in the future,” – Henrik Personn, Renewable Energy Expert, CCCCC 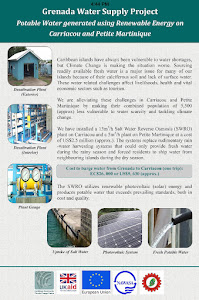 Since completing this key project, we have applied the lessons learned in Belize and on the Grenadian islands of Petite Martinique and Carriacou. Review the poster above to learn more about the progress we are making in Grenada:

A pair of new studies show how various forms of human activity, driven by a flawed economic system and vast consumption, is laying waste to Earth's natural systems 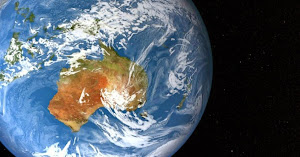 The conclusion that the world's dominant economic model—a globalized form of neoliberal capitalism, largely based on international trade and fueled by extracting and consuming natural resources—is the driving force behind planetary destruction will not come as a shock, but the model's detailed description of how this has worked since the middle of the 20th century makes a more substantial case than many previous attempts. (Photo: NASA)

Humanity's rapacious growth and accelerated energy needs over the last generation—particularly fed by an economic system that demands increasing levels of consumption and inputs of natural resources—are fast driving planetary systems towards their breaking point, according to a new pair of related studies.

“It is difficult to overestimate the scale and speed of change. In a single lifetime humanity has become a geological force at the planetary-scale.” —Prof. Will Steffen

Prepared by researchers at the Stockholm Resilience Centre, the first study looks specifically at how “four of nine planetary boundaries have now been crossed as a result of human activity.” Published in the journal Nature on Thursday, the 18 researchers involved with compiling evidence for the report—titled 'Planetary Boundaries 2.0'—found that when it comes to climate change, species extinction and biodiversity loss, deforestation and other land-system changes, and altered biogeochemical cycles (such as changes to how key organic compounds like phosphorus and nitrogen are operating in the environment), the degradation that has already take place is driving the Earth System, as a whole, into a new state of imbalance.

“Transgressing a boundary increases the risk that human activities could inadvertently drive the Earth System into a much less hospitable state, damaging efforts to reduce poverty and leading to a deterioration of human well-being in many parts of the world, including wealthy countries,” said Professor Will Steffen, a researcher at the Centre and the Australian National University, Canberra, who was lead author for both studies.

In addition to the four boundaries that have already been crossed, the study looked five other ways in which the planetary systems are under assault by human activity. They include: stratospheric ozone depletion; ocean acidification; freshwater use; atmospheric aerosol loading (microscopic particles in the atmosphere that affect climate and living organisms); and the introduction of novel entities into ecosystems (e.g. organic pollutants, radioactive materials, nanomaterials, and micro-plastics).

“I don't think we've broken the planet but we are creating a much more difficult world,” Sarah Cornell, another report author, told Reuters.

In this interview with Wired last year, Johan Rockström, executive director of the Stockholm Resilience Centre, described the idea about planetary boundaries in details:

Related to the findings of the first study, the second report examines what it calls the “Great Acceleration” and is an assessment of the speed and influence that specific factors have had in damaging the planetary systems described in Planetary Boundaries 2.0. Using a series of indicators, the study compares the relationship, over time, between 12 'socio-economic factors'—including economic growth (GDP); population; foreign direct investment; energy consumption; and water use—on one side with 12 'Earth system trends'—like the carbon cycle; the nitrogen cycle and biodiversity—on the other.

Using what it calls a “planetary dashboard,” the research charts the spread and speed of human activity from the start of the industrial revolution in 1750 to 2010, and the subsequent changes in the Earth System – e.g. greenhouse gas levels, ocean acidification, deforestation and biodiversity deterioration. The analysis found that increased human activity—and “predominantly the global economic system”—has unseated all other factors as the primary driver of change in the Earth System, which the report describes as “the sum of our planet's interacting physical, chemical, biological and human processes.” The most striking, i.e. “accelerated,” changes to that system have occurred in the last sixty years.

“It’s clear the economic system is driving us towards an unsustainable future and people of my daughter’s generation will find it increasingly hard to survive. History has shown that civilisations have risen, stuck to their core values and then collapsed because they didn’t change. That’s where we are today.” —Prof. Will Steffen”It is difficult to overestimate the scale and speed of change. In a single lifetime humanity has become a geological force at the planetary-scale,” said Steffen, who also led the Acceleration study.

The conclusion that the world's dominant economic model—a globalized form of neoliberal capitalism, largely based on international trade and fueled by extracting and consuming natural resources—is the driving force behind planetary destruction will not come as a shock, but the model's detailed description of how this has worked since the middle of the 20th century makes a more substantial case than many previous attempts.

“When we first aggregated these datasets, we expected to see major changes but what surprised us was the timing. Almost all graphs show the same pattern. The most dramatic shifts have occurred since 1950. We can say that around 1950 was the start of the Great Acceleration,” says Steffen. “After 1950 we can see that major Earth System changes became directly linked to changes largely related to the global economic system. This is a new phenomenon and indicates that humanity has a new responsibility at a global level for the planet.”

The paper makes a point to acknowledge that consumption patterns and the rise of what has become known as the Anthropocene Era does not fall equally on the human population and its examination of the economic system which is underpinning planetary destruction is one rife with inequality, in which certain populations consume at vastly higher levels than others.

According to the report, “The new study also concludes that the bulk of economic activity, and so too, for now, the lion's share of consumption, remain largely within the OECD countries, which in 2010 accounted for about 74% of global GDP but only 18% of the global population. This points to the profound scale of global inequality, which distorts the distribution of the benefits of the Great Acceleration and confounds international efforts, for example climate agreements, to deal with its impacts on the Earth System.”

A worrying trend, notes the paper, is how a growing global middle class—exemplified by those in the BRICS nations of Brazil, Russia, India, China, and South Africa—is an increasing threat to the planet as the consumer mindset established in the OECD nations, particularly the U.S., spreads.

In an interview with the Guardian, Steffen spoke clearly about the overall impacts of the two new studies as he sounded the alarm over humanity's trajectory. “People say the world is robust and that’s true, there will be life on Earth, but the Earth won’t be robust for us,” he said. “Some people say we can adapt due to technology, but that’s a belief system, it’s not based on fact. There is no convincing evidence that a large mammal, with a core body temperature of 37C, will be able to evolve that quickly. Insects can, but humans can’t and that’s a problem.”

“It’s clear the economic system is driving us towards an unsustainable future and people of my daughter’s generation will find it increasingly hard to survive. History has shown that civilisations have risen, stuck to their core values and then collapsed because they didn’t change. That’s where we are today.”

What increasing amounts of strong evidence shows, he said, is that that there “tipping points” that the human race should simply not “want to cross.” More