What makes a great leader today? Many of us carry this image of this all-knowing superhero who stands and commands and protects his followers. But that's kind of an image from another time, and what's also outdated are the leadership development programs that are based on success models for a world that was, not a world that is or that is coming. 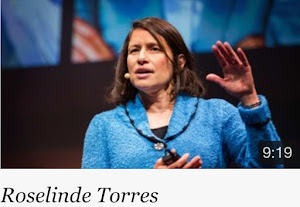 0:45We conducted a study of 4,000 companies, and we asked them, let's see the effectiveness of your leadership development programs. Fifty-eight percent of the companies cited significant talent gaps for critical leadership roles. That means that despite corporate training programs, off-sites, assessments, coaching, all of these things, more than half the companies had failed to grow enough great leaders. You may be asking yourself, is my company helping me to prepare to be a great 21st-century leader? The odds are, probably not.

1:28Now, I've spent 25 years of my professional life observing what makes great leaders. I've worked inside Fortune 500 companies, I've advised over 200 CEOs, and I've cultivated more leadership pipelines than you can imagine. But a few years ago, I noticed a disturbing trend in leadership preparation. I noticed that, despite all the efforts, there were familiar stories that kept resurfacing about individuals. One story was about Chris, a high-potential, superstar leader who moves to a new unit and fails, destroying unrecoverable value. And then there were stories like Sidney, the CEO, who was so frustrated because her company is cited as a best company for leaders, but only one of the top 50 leaders is equipped to lead their crucial initiatives. And then there were storieslike the senior leadership team of a once-thriving business that's surprised by a market shift, finds itself having to force the company to reduce its size in half or go out of business.

2:48Now, these recurring stories cause me to ask two questions. Why are the leadership gaps widening when there's so much more investment in leadership development? And what are the great leaders doing distinctly different to thrive and grow? One of the things that I did, I was so consumed by these questions and also frustrated by those stories,that I left my job so that I could study this full time, and I took a year to travel to different parts of the world to learn about effective and ineffective leadership practices in companies, countries and nonprofit organizations. And so I did things like travel to South Africa, where I had an opportunity to understand how Nelson Mandela was ahead of his time in anticipating and navigating his political, social and economic context. I also met a number of nonprofit leaders who, despite very limited financial resources, were making a huge impact in the world, often bringing together seeming adversaries. And I spent countless hours in presidential libraries trying to understand how the environment had shaped the leaders, the moves that they made, and then the impact of those movesbeyond their tenure. And then, when I returned to work full time, in this role, I joined with wonderful colleagues who were also interested in these questions.

4:26Now, from all this, I distilled the characteristics of leaders who are thriving and what they do differently, and then I also distilled the preparation practices that enable people to grow to their potential. I want to share some of those with you now.

4:46In a 21st-century world, which is more global, digitally enabled and transparent, with faster speeds of information flow and innovation, and where nothing big gets donewithout some kind of a complex matrix, relying on traditional development practices will stunt your growth as a leader. In fact, traditional assessments like narrow 360 surveys or outdated performance criteria will give you false positives, lulling you into thinking that you are more prepared than you really are. Leadership in the 21st century is defined and evidenced by three questions.

5:29Where are you looking to anticipate the next change to your business model or your life?The answer to this question is on your calendar. Who are you spending time with? On what topics? Where are you traveling? What are you reading? And then how are you distilling this into understanding potential discontinuities, and then making a decision to do something right now so that you're prepared and ready? There's a leadership team that does a practice where they bring together each member collecting, here are trends that impact me, here are trends that impact another team member, and they share these,and then make decisions, to course-correct a strategy or to anticipate a new move.Great leaders are not head-down. They see around corners, shaping their future, not just reacting to it.

6:28The second question is, what is the diversity measure of your personal and professional stakeholder network? You know, we hear often about good ol' boy networks and they're certainly alive and well in many institutions. But to some extent, we all have a network of people that we're comfortable with. So this question is about your capacity to develop relationships with people that are very different than you. And those differences can be biological, physical, functional, political, cultural, socioeconomic. And yet, despite all these differences, they connect with you and they trust you enough to cooperate with you in achieving a shared goal. Great leaders understand that having a more diverse network is a source of pattern identification at greater levels and also of solutions,because you have people that are thinking differently than you are.

7:29Third question: are you courageous enough to abandon a practice that has made you successful in the past? There's an expression: Go along to get along. But if you follow this advice, chances are as a leader, you're going to keep doing what's familiar and comfortable. Great leaders dare to be different. They don't just talk about risk-taking,they actually do it. And one of the leaders shared with me the fact that the most impactful development comes when you are able to build the emotional stamina to withstand people telling you that your new idea is naïve or reckless or just plain stupid.Now interestingly, the people who will join you are not your usual suspects in your network. They're often people that think differently and therefore are willing to join you in taking a courageous leap. And it's a leap, not a step. More than traditional leadership programs, answering these three questions will determine your effectiveness as a 21st-century leader.

8:45So what makes a great leader in the 21st century? I've met many, and they stand out.They are women and men who are preparing themselves not for the comfortable predictability of yesterday but also for the realities of today and all of those unknown possibilities of tomorrow. More 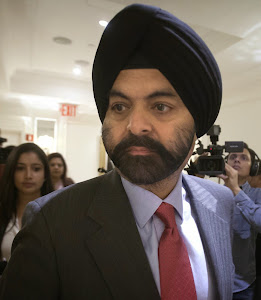 What I want to focus on is leadership. How do you take the leadership potential all of you have and cultivate it. Here are some perspectives around leadership that I can offer.

1. A sense of urgency: Today’s world of rapidly-advancing technology and ever-shortening innovation cycles have no space for procrastination. It’s that urgency that makes me say to colleagues in my company that “if you have good news for me, take the stairs. If you have bad news, take the elevator.” I need that information fast, so I can do something about it.

2. A sense of balance: A lot of people think that urgency and patience are contradictory. And they could not be more wrong. You need to be patient enough to listen to everybody, but yet, you must have a sense of urgency to take a decision and to execute.

3. Courage to take thoughtful risks: Rarely are you going to have perfect information. The willingness to take a decision at that time will depend on your ability to take a thoughtful risk. The thoughtful part depends also on your humility and realising that you don’t have all the answers—that you can learn something from everybody. You get a good dose of humility as soon as you arrive here. You come from a school where you were the top gun. You get here and everybody’s a top gun. Humility is practically a rite of passage.

5. Develop a global view: Leadership attributes are tremendously facilitated if you surround yourself with people who don’t look like you, don’t walk like you, don’t talk like you, and don’t have the same experiences as you. Admittedly, when I’m in the US, I’m suddenly diverse. In India, I’m obviously not. But it’s not where you come from or what you look like that matters. What matters is what you do and how you do it. That’s the true essence of diversity.

What makes diversity so important? Diversity is essential because a group of similar people tends to think in similar ways, reach similar conclusions, and have similar blind spots. To guard against that, you need to harness the collective uniqueness of those around you to widen your field of vision—to see things differently, to fail harder, to innovate, and to question everything. Widening that field of vision means widening your worldview

Increase your connectivity to the world around you. For example, once you get acclimated to your new jobs, consider getting involved in organisations outside of your work but that connect back to it as well. Explore avenues like the World Economic Forum. The key is to go beyond looking at the world through the lens of your company or your organisation or even your country.

Both the private and the public sector have a role to play in the following: Bring more people into the financial mainstream—at a time when half the world’s adults don’t have a bank account, guard against a future where we have the Internet of Everything, but not the Inclusion of Everyone, give women same opportunities as men.

Of course, this very school was founded, not just on the idea of public-private partnerships but literally by public-private partnerships. It was the government of Gujarat, the government of India, local businessmen, Harvard Business School, and the Ford Foundation—all coming together, not only to help build industry in India but to help build India herself.