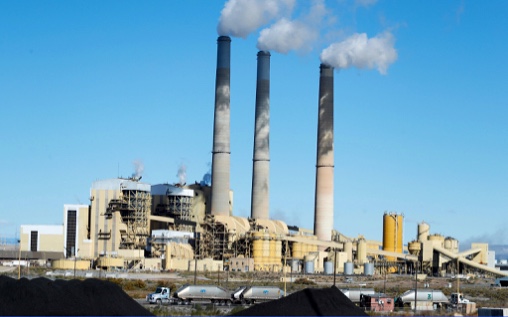 CNN)As his Environmental Protection Agency delivers its latest blow to environmental regulations aimed at reducing carbon emissions, President Donald Trump is heading into the heart of coal country to deliver the good news.

Trump will join supporters in Charleston, West Virginia, for a political rally on Tuesday to celebrate his administration’s proposal to allow states to set their own emissions standards for coal-fueled power plants.
The move would reverse Obama administration efforts to combat climate change and marks the fulfilment of a campaign promise at the heart of his appeal in coal-producing states like West Virginia.
The EPA Tuesday morning formally unveiled the details of its new plan to devolve regulation of coal-fired power plants back to the states, one that is expected to give a boost to the coal industry and increase carbon emissions nationwide.
The move is just the latest effort by the Trump administration to revive an ailing coal industry and strip climate change-fighting regulations established by the Obama administration. He previously announced plans to withdraw from the Paris climate accords, calling it an unfair deal for Americans. Read More 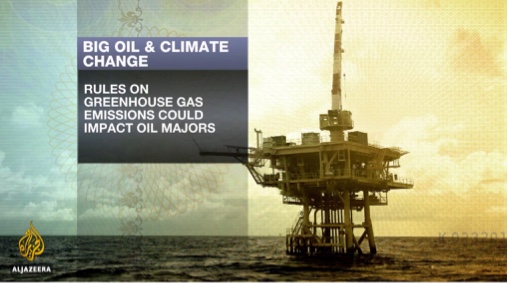 Though oil and gas companies have known about global climate change for decades, they’ve deferred reducing crude and gas production until the second half of this century. But with global weather patterns in flux, activists have been demanding that energy companies set and commit to more rapid action on curbing oil and gas production in line with the Paris climate agreement.
New calls for action come amidst forecasts by the International Energy Agency (IEA) that, by 2014, demand for oil and gas could fall by almost 50 percent – but only if carbon emissions reduction targets are met. With this threat to profits, many ask if big oil companies are serious about addressing global climate change.

Facing an eventual drop in demand, energy companies delay caps on the production of carbon-emitting products.

Oil majors like Royal Dutch Shell has acknowledged that climate change will be a major challenge for years to come, but Total and others are still expecting strong demand for fossil fuels over the next few decades – and Exxon Mobil is under investigation over financial disclosures for climate change.
Anthony Hobley, CEO for the financial think-tank Carbon Tracker, told Counting the Cost that when it comes to profits and compliance with international carbon reduction agreements, big energy companies are sending mixed messages:
“I think they’ve been a bit schizophrenic. They are looking at climate risk and we’re now being deluged with disclosure and scenario analysis from the companies that are, effectively, stress testing their business models against a Paris compliant two degrees pathway. But then when they talk to investors they’re still talking up demand.” Read More