The work of MSV to help raise the profile of people in the Arctic and Small Island Developing States (SIDS) and their struggle against climate change has gained the support of one of the world’s most influential business leaders. 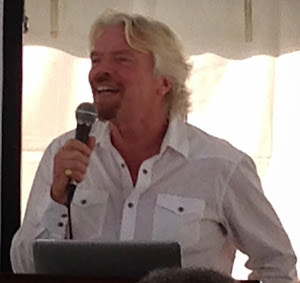 Sir Richard Branson, founder of Virgin Airlines and a champion of green energy, has offered his support to MSV, which brings together the peoples of the Arctic and SIDS to meet the challenges of climate change.

“When it comes to climate change, arctic communities and small island states share similar struggles,” Branson said. “As they feel the impacts of rising sea levels and deteriorating coastal environments, organizations like Many Strong Voices collaborate, act and innovate to achieve lasting change.

“Their critical work fills the gap between those affected by adverse climate impacts and the political and business leaders focused on creating big picture solutions.”

Branson has invested considerable time and money in supporting global initiatives to reduce greenhouse gas emissions through the use of renewable resources and new technologies. Recently, he called on business leaders to take a stand against climate deniers.

MSV is coordinated by GRID-Arendal and the University College London. More

The Cayman Institute is a partner organization of Many Strong Voices