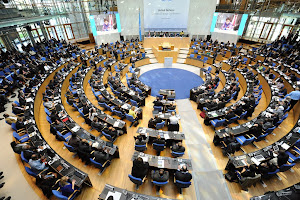 Humanity has just about run out of time to address climate change. Scientists have pointed out that a rise in mean surface temperature of 2º Celsius above pre-industrial levels will put the Earth in dangerous, uncharted territory. Yet we currently are on a path toward an increase of 4º or more this century. The last chance for action has arrived. That chance lies in Paris in December 2015. Either governments will agree to decisive action, as they have promised, or we will look back at 2015 as the year when climate sanity slipped through our fingers.

Fortunately, solutions exist to deeply decarbonize the global energy systems, and put the world on a 2°C pathway: improvements in energy efficiency in the building, transport and industry sectors; the generation of low-carbon electricity, through a mix of renewable energies (wind, solar), nuclear, and fossil fuels with Carbon Capture and Sequestration (CCS); and the shift to low-carbon energy carriers in energy end-use sectors, such as electric vehicles.

“Climate Change Science and Negotiations” is a two-semester course, with the first semester launching in fall 2014. During the first semester, you will learn about these solutions, and how they can be applied in different national contexts, based on the results from the Deep Decarbonization Pathways Project (DDPP), a global initiative to show how countries can transition to a low carbon economy by 2050, and how the world can stay within the 2°C limit.

The second semester of the course, which will open for registration in late fall 2014, will be a dynamic online climate change negotiation. The negotiation will be modeled on the real negotiations under the United Nations Framework Convention on Climate Change (UNFCCC), which are scheduled to reach an agreement in Paris in December 2015, at the 21st Conference of the Parties (COP21). The outcomes of the second semester simulated negotiations will be presented to global leaders in advance of COP21.

We need you to show the world how an ambitious, fair and effective global agreement on climate change can be achieved. More