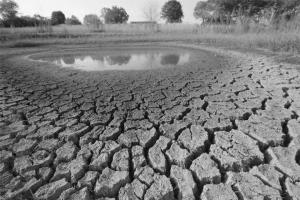 No, I ain’t no kinda expert. But a little study and some everyday observation of the news can tell you a plenty. Let‘s go ahead and start of with some facts about water. These are from an organization called Changing the Present.

One sixth of the worlds population does not have access to safe drinking water.

2.6 billion people worldwide do not have access to adequate sanitation.

The number of people living in a water-stressed country is projected to climb from 470 million to three billion by 2050.

2.2 million people in developing countries, most of them children, die every year from diseases associated with lack of access to safe drinking water, inadequate sanitation and poor hygiene.

A child dies every 15 seconds from water-related diseases.

World population has doubled since 1950. Our water consumption has increased six-fold.

The average person in the developing world uses less than 3…