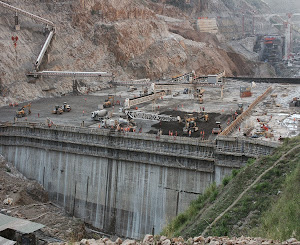 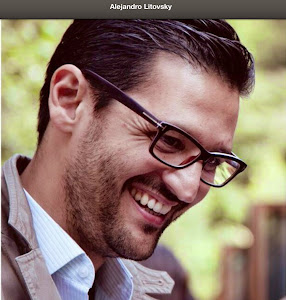 Water is the new oil. This means that it will become, if it has not already done so, become a trigger for conflict.

This visualization shows how satellite data and NASA models are being applied to study the hydrology of the Nile basin. The Tropical Rainfall Measurement Mission (TRMM) Multisensor Precipitation Analysis fTMPA) provides three-hourly estimates of rainfall rate across much of the globe.

Here we see the seasonal cycle of monthly precipitation derived from TMPA for Africa, including the Nile Basin. The annual migration of the Intertropical Convergence Zone (ITCZ) from the Nile Equatorial Lakes region around Lake Victoria, source of the White Nile, northward into Sudan and the highlands of Ethiopia, headwaters of the Blue Nile, and back is evident in the seasonal cycle in precipitation. This precipitation cycle drives flow through the Nile River system. The Nile basin, however, is intensely evaporative, and the majority of the water that falls as rain leaves the basin as evaporation rather than river flow—either from the humid headwaters regions or from large resen/oirs and irrigation developments in Egypt and Sudan.

The Atmosphere Land Exchange Inverse (ALEXI) evapotranspiration product, developed by USDA scientists, uses satellite data to map daily evapotranspiration across the entire Nile basin, providing unprecedented information on water consumption. The balance of rainfall and evapotranspi ration can be seen in seasonal patterns of soil moisture, as simulated by the NASA Nile Land Data Assimilation System (LDAS), which merges satellite information with a physically-based land surface model to simulate variability in soil moisture—a critical variable for rainfed agriculture and natural ecosystems. Finally, the twin satellites of the Gravity Recovery and Climate Experiment (GRACE) can be used to monitor variability in total water storage, including surface water, soil moisture, and groundwater. The annual cycle in GRACE estimates of water storage anomalies clearly shows the seasonal movement of water storage due to precipitation patterns and the movement of surface waters from headwaters regions into the wetlands of South Sudan and the resen/oirs of the lower Nile basin.

The Nile is the longest river in the world and its basin is shared by 11 countries. Reliable, spatially distributed estimates of hydrologic storage and fluxes can provide critical information for water managers contending with multiple resource demands, a variable and changing climate, and the risk of damaging floods and droughts. NASA observations and modeling systems offer unique capabilities to meet these information needs.