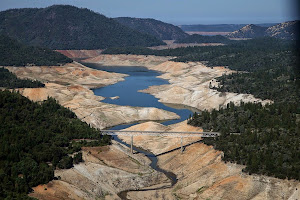 The world risks an “insurmountable” water crisis by 2040 without an immediate and significant overhaul of energy consumption and demand, a research team reported on Wednesday. 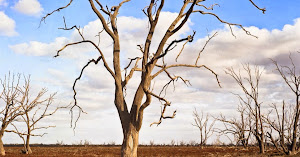 “There will be no water by 2040 if we keep doing what we're doing today,” said Professor Benjamin Sovacool of Denmark's Aarhus University, who co-authored two reports on the world's rapidly decreasing sources of freshwater.

Many troubling global trends could worsen these baseline projected shortages. According to the report, water resources around the world are “increasingly strained by economic development, population growth, and climate change.” The World Resources Institute estimates that in India, “water demand will outstrip supply by as much as 50 percent by 2030, a situation worsened further by the country's likely decline of available freshwater due to climate change,” the report states. “[P]ower demand could more than double in northern China, more than triple in India, and increase by almost three-quarters in Texas.”

“If we keep doing business as usual, we are facing an insurmountable water shortage — even if water was free, because it's not a matter of the price,” Sovacool said. “There's no time to waste. We need to act now.”

In addition to an expanding global population, economic development, and an increasing demand for energy, the report also finds that the generation of electricity is one of the biggest sources of water consumption throughout the world, using up more water than even the agricultural industry. Unlike less water-intensive alternative sources of energy like wind and solar systems, fossil fuel-powered and nuclear plants need enormous and continued water inputs to function, both for fueling thermal generators and cooling cycles.

The reports, Capturing Synergies Between Water Conservation and Carbon Dioxide Emissions in the Power Sectorand A Clash of Competing Necessities: Water Adequacy and Electric Reliability in China, India, France, and Texas and published after three years of research by Aarhus University, Vermont Law School and CNA Corporation, show that most power plants do not even log how much water they use to keep the systems going.

“It's a huge problem that the electricity sector do not even realize how much water they actually consume,” Sovacool said. “And together with the fact that we do not have unlimited water resources, it could lead to a serious crisis if nobody acts on it soon.”

Unless water use is drastically minimized, the researchers found that widespread drought will affect between 30 and 40 percent of the planet by 2020, and another two decades after that will see a severe water shortage that would affect the entire planet. The demand for both energy and drinking water would combine to aggressively speed up drought, which in turn could exacerbate large-scale health risks and other global development problems.

“The policy and technology choices made to meet demand will have immense implications for water withdrawals and consumption, and may also have significant economic, human health, and development consequences,” the report states.

The research says that utilizing alternative energy sources like wind and solar systems is vital to mitigating water consumption enough to stave off the crisis. “Unsubsidized wind power costs… are currently lower than coal or nuclear and they are continuing to drop,” the report states. When faced with its worst drought in 2011, Texas got up to 18 of its electricity from wind power and was able to avoid the kind of rolling blackouts that plague parts of China, where existing water shortages prevent power plants from operating.

An equally important step would be to shutter “thirsty” fossil fuel facilities in areas that are already experiencing water shortages, like China and India, where carbon emissions can be significantly more impactful.

“[We] have to decide where we spend our water in the future,” Sovacool said. “Do we want to spend it on keeping the power plants going or as drinking water? We don't have enough water to do both.” More 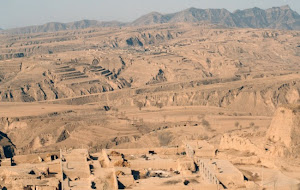