I’m reaching out today on behalf of The Climate Reality Project, an organization started by former Vice President Al Gore focused on creating a global movement calling for action on climate. We have an upcoming training opportunity in Miami, Florida that I believe you and others who follow The Climate War Room and The Cayman Institute will be interested in.

As we are all aware, the time has come for action on climate. On September 28-30 in Miami, The Climate Reality Project and Mr. Gore will be hosting a training for new Climate Reality Leaders to help grow the movement. There has never been a better time to engage your friends and colleagues on this issue. The Miami training will not only provide attendees with cutting edge tools to most effectively communicate climate change to your community but will also enter them into a community of over 8,000 devoted individuals from 126 countries who are committed to using their voices to address the climate crisis.

Our training in Miami will highlight the unique challenges that climate change poses to the state of Florida and what some local governments are already doing to tackle them; Florida’s huge untapped solar energy generating capacity; and the role of the ever strengthening Latino voice and vote in driving climate action. At the training, Mr. Gore, and experts and influencers from across the climate sphere will present in panels, take questions, and host breakout sessions.

We encourage you to recommend outstanding leaders in your personal and professional life who would be well suited for giving presentations and helping to build strong support for action on climate change. They can apply for the Climate Leadership Corps Training here. I’ve also attached a document you can share with your network, which has a little more information about who we are and what the Miami training will cover. The deadline to apply is August 26th, 2015.

Please do not hesitate to reach out if you have any questions!

NOTICE OF CONFIDENTIALITY & DISCLAIMER
The information contained in this e-mail and any attachments is CONFIDENTIAL and is intended only for the use of the addressee. Any unauthorized use, disclosure, distribution, dissemination, or copying is strictly prohibited and may be unlawful. If you are not the intended recipient, you are prohibited from any further viewing of the e-mail or any attachments or from making any use of the e-mail or attachments. If you believe you have received this e-mail in error, notify us immediately and permanently delete the e-mail, any attachments, and all copies thereof from any drives or storage media and destroy any printouts of the e-mail or attachments and any copies of such printouts. Although this e-mail and any attachments are believed to be free of any virus or other defect that might negatively affect any computer system into which it is received and opened, it is the responsibility of the recipient to ensure that it is virus-free and no responsibility is accepted by the sender for any loss or damage arising in any way in the event that such a virus or defect exists. Thank you for your cooperation. 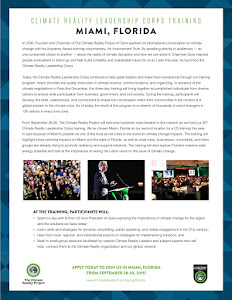 Eight years after Al Gore wrote a book and made a movie to impress upon us the “planetary emergency of global warming” (his subtitle for An Inconvenient Truth), he wrote an article with a more optimistic feel- ing in the 18 June 2014 issue of Rolling Stone. He begins “The Turning Point: New Hope for Climate” as follows: 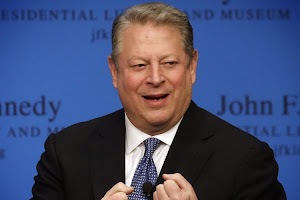 In the struggle to solve the climate crisis, a powerful, largely unnoticed shift is taking place. The forward journey for human civilization will be difficult and dangerous, but it is now clear that we will ultimately prevail. The only question is how quickly we can accelerate and com- plete the transition to a low-carbon civilization.

The “surprising – even shocking – good news” is “our ability to convert sunshine into usable energy . . . much cheaper far more rapidly than anyone had predicted,” Gore writes: the cost of photovoltaic electricity is competitive with that from other sources in at least 79 countries, and the 43% decrease in cost of wind- generated electricity since 2009 has made it cheaper than coal-generated electricity. By 2020 more than 80% of world population will live where photovoltaic electricity is competi- tive with other sources.

As evidence of this “largely unnoticed shift,” he notes that Germany now generates 37% of its electricity from wind and solar, a percentage expected to reach 50% by 2020, and that nine of ten European coal and gas plants are losing money. Worldwide, capacity for 17 gi- gawatts of solar electricity was installed in 2010, for 39 in 2003, with expectations of 55 in 2014. China claims it will have a capacity of 70 solar gigawatts by 2017. (A gigawatt is the power generating capacity of a standard electric power plant.)

Gore states that in the U.S. 166 coal-fired plants have closed or announced closings in the last 4.5 years, and 183 proposed coal-fired plants have been canceled since 2005. He acknowledges that some of this shift from coal is to natural gas obtained by hydrofracturing (“fracking”) but focuses on the emergence of “on-site and grid battery storage and microgrids,” noting that the Edison Electric Institute (the U.S. utility trade group) has labeled this trend as the “largest near-term threat” to the present elec- tric utility system. He likens this threat to that posed by cell phones to the landline telephone system. He cites Citigroup’s recognition of the decreased cost of solar and wind electricity and battery storage (long seen as a barrier to intermittent energy from renewable). In addition, he notes a reduction of 49% in energy intensity (energy in- put per dollar output in gross domestic product) since 1980.

Gore observes that the Koch brothers have led the fight against rooftop solar electricity and for keeping the present fossil-fueled electric plants, one of their arguments being that net metering allows producers of solar electricity to benefit from the grid without paying for it. Al- though Gore neglects to mention that in net metering the utility pays the generator only the wholesale price for the surplus generation, he does note that solar electricity gen- eration has the advantage of peaking with electricity de- mand, thereby saving utilities from having to install new peak generation capacity (a point also made by keynoter Perez at the kickoff to develop the solar lessons for School Power Naturally, reported in our Winter 2003 issue).

Gore likens global warming to a fever for planet Earth and notes that the presently-gathering El Niño is expected to result in a pronounced global temperature increase. (Coverage in our Winter 2010 issue of a talk to the American Physical Society and the American Association of Physics Teachers on 15 February 2010 by Judith Lean of the Naval Research Laboratory attributes this to the phase of the 22-year solar cycle.) He correlates the de- struction from Supertyphoon Haiyan and Superstorm Sandy with greater surface water temperature (5.4oF for the former, 9oF for the latter). He notes that higher water temperatures also mean higher sea level and disruption of water supplies that depend on snowmelt. And he adds that even more severe catastrophes are in the offing, like the irreversible collapse of a portion of the West Antarc- tic ice sheet. In addition to heightened sea level, warmer climate also means an atmosphere capable of holding more water vapor and delivering more severe storms, as have been seen in Pensacola (FL), and Nashville (TN). At the same time, global warming will exacerbate the dryness of the drier parts of the Earth through greater evaporation of what little water there is in the ground. Gore also observes that climate change brings concern to the military for both the safety of its bases and the new types of world conflict it will have to deal with.

Gore concedes that these many “knock-on consequences of the climate crisis” are enough to cause anyone to despair. But, as he writes in his opening paragraph, “we will have to take care to guard against despair,” lest we become deterred from the action we must pursue. Though there be light at the end of the tunnel, he points out that we are in the tunnel. Among the things he says we need are “a price on carbon in our markets” and “green banks” to finance “green” projects.

“Damage has been done, and the period of consequences will continue for some time to come, but there is still time to avoid the catastrophes that most threaten our future.”

Though U.S. greenhouse gas emissions had decreased from 2008 to 2012, due to recovery from the recession, they increased 2.4% in 2013. Gore calls for the U.S. to match the European Union’s commitment to reduce carbon dioxide emissions 40% by 2030.

Gore’s concluding reasons for optimism are that “Rapid technological advancements in renewable energy are stranding carbon investments; grassroots movements are building opposition to the holding of such assets; and new legal restrictions on collateral flows of pollution . . . are further reducing the value of coal, tar sands, and oil and gas assets.” “Damage has been done,” he adds, “and the period of consequences will continue for some time to come, but there is still time to avoid the catastrophes that most threaten our future.” 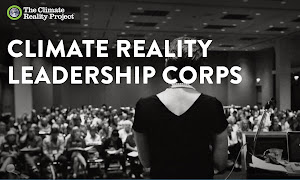