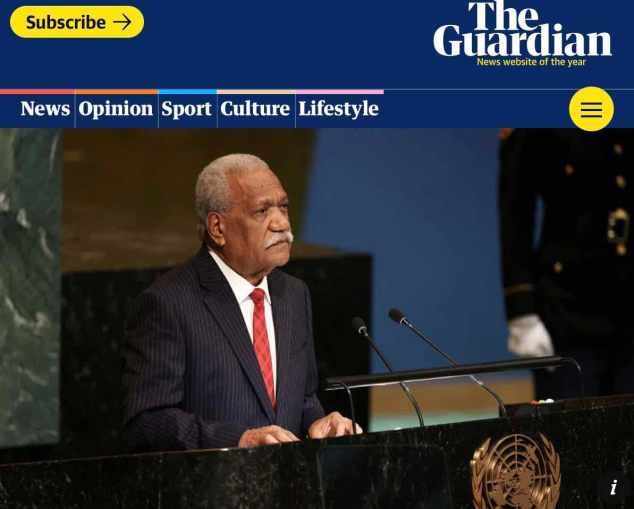 The Pacific island of Vanuatu has called for a first-of-its-kind global treaty to phase out the use of fossil fuels in a bold public call at the UN general assembly.
Speaking in New York on Saturday, Nikenike Vurobaravu, the Vanuatuan president, urged countries to join his country’s call for a fossil fuel nonproliferation treaty.
Pope calls for courage in halting use of fossil fuels to protect planet
“We call for the development of a fossil fuel nonproliferation treaty to phase down coal, oil and gas production in line with 1.5C and enable a global just transition for every worker, community and nation with fossil fuel dependence,” he said.
(https://amp-theguardian-com.cdn.ampproject.org/c/s/amp.theguardian.com/world/2022/sep/24/vanuatu-makes-bold-call-for-global-treaty-to-phase-out-fossil-fuels)