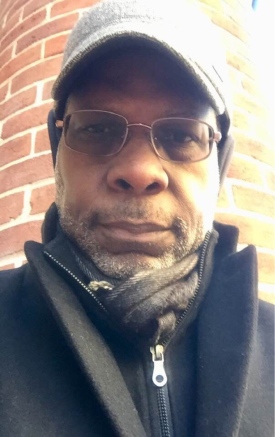 Below you will find an opinion piece written by Cletus Springer, one of the regions outstanding thinkers.
Cletus is from St. Lucia, his point on ‘A Nation of Active Citizens’ is relevant to all Small Island Developing States, in fact, if is applicable to all democratic states, countries and territories.
As a resident of the Cayman Islands I find his words totally on course for us to use as a guide for the intelligent development and growth of this rapidly changing British Colony.
=====
Towards a Nation of Active Citizens:
As we move towards the 40th anniversary of Saint Lucia’s Independence, I would like to posit that the single biggest challenge that our young county must address is how to build a nation of Active Citizens.
I was inspired to put forward this imperative for our collective reflection, following my own musings on two separate FB posts by 2 dear friends over the past month. The first of these documented Barbara’s disappointment over WASCO’s non-response to a report she’d made about a damaged mains near her home. The second was a post by Jerry George who reported that a significant hazard to passers-by on a city street, that had earlier been highlighted by Mark Hennecart, had been addressed.
While these civic-minded actions by Barbara and Mark had different outcomes in terms of the immediacy of response, they nonetheless provide potent examples of the importance of active citizenship.
A long time ago, when was a Form 1 student at St. Mary’s College, my Civics teacher, Emsco Remy (Dr.) tutored us on the difference between “active” and “passive” citizens. As I recall, the former is one who fulfills his/rights and responsibilities and takes an active role in bettering his/her  community/country. The latter is one who really couldn’t give a damn (as Daddy-CIS) would say.
It is my contention that the majority of our people are passive citizens. And we need to figure out why this is the case, so that we can set about addressing the problem.
We need to do this sooner, rather than later, otherwise, we will most certainly find ourselves in a persistent state of underdevelopment,(with inter alia, unsolved crimes, because witnesses are unwilling to come forward; recurrent epidemics of vector-borne diseases and episodes of flooding due to indiscriminate waste disposal; road fatalities due to wanton disregard of traffic laws; low levels of educational achievement because our students and teachers are unwilling to fulfill their responsibilities to themselves; and low productivity because workers and employers alike, ignore their responsibilities – one to give a fair day’s work and the other to give a fair day’s pay).
I can think of no better time for such a discussion to take place than NOW. And it needs to take place at all levels, and in every nook and cranny of our country.
Edited with BlogPad Pro