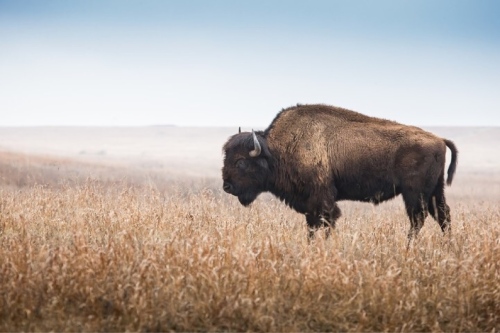 The destruction of the buffalo resulted from a campaign of biological terrorism unparalleled in the history of the Americas. The policy of the federal government of the United States was explicit: exterminate the buffalo and destroy the commissary of the great cultures of the plains. Over 100 million bison were slaughtered. A decade after Native resistance collapsed, the general who orchestrated the campaign advised Congress to mint a commemorative medal with a dead buffalo on one side, a dead “Indian” on the other.

It takes a world to maintain a biosphere.

As I thought of this history, standing in that tall-grass prairie, what disturbed me most was the ease with which we have removed ourselves from this ecological tragedy. Today, the good and decent people of Iowa live contentedly in a landscape of cornfields claustrophobic in its monotony. Read More