In the tragic situation which confronts humanity, we feel that scientists should assemble in conference to appraise the perils that have arisen as a result of the development of weapons of mass destruction, and to discuss a resolution in the spirit of the appended draft. 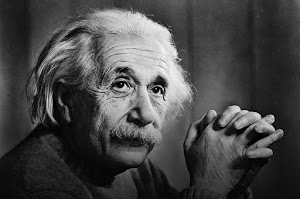 We are speaking on this occasion, not as members of this or that nation, continent, or creed, but as human beings, members of the species Man, whose continued existence is in doubt. The world is full of conflicts; and, overshadowing all minor conflicts, the titanic struggle between Communism and anti-Communism. Almost everybody who is politically conscious has strong feelings about one or more of these issues; but we want you, if you can, to set aside such feelings and consider yourselves only as members of a biological species which has had a remarkable history, and whose disappearance none of us can desire. We shall try to say no single word which should appeal to one group rather than to another. All, equally, are in peril, and, if the peril is understood, there is hope that they may collectively avert it. We have to learn to think in a new way. We have to learn to ask ourselves, not what steps can be taken to give military victory to whatever group we prefer, for there no longer are such steps; the question we have to ask ourselves is: what steps can be taken to prevent a military contest of which the issue must be disastrous to all parties?