“The investigation found that neither the bank nor its employees are suspected of any current criminal offences,” HSBC said in a statement on Thursday, according to the Guardian. The bank added that the probe was closed. 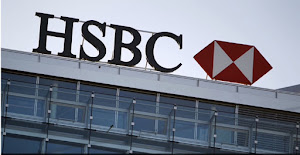 The Genevan authorities said the payment, which is being described as “compensation”rather than a fine, was in line with the profits obtained by HSBC from processing illicit funds.

The bank also said it has improved practices to keep clients from using the bank “to evade taxes or launder money,” and drastically reduced the number of its accounts.

When announcing the fine, the judge warned HSBC it was its final warning.

“This is an excuse which will only apply once,” Olivier Jornot, Geneva’s chief prosecutor said, according to the Guardian. He also blamed the weakness of Swiss law with regards to criminal funds entering the financial system.

The revelations came from a list of HSBC’s clients stolen by a former HSBC computer technician, Herve Falciani, back in 2008. Falciani shared the confidential data with French authorities. More