“There’s all sorts of, kind of, false beliefs about renewable energy, but things have changed. Wind is, right now, not only one of the fastest — between wind and solar — are the fastest growing new sources of electric power in the United States, but wind is actually the cheapest form of electricity by far in the U.S. today. 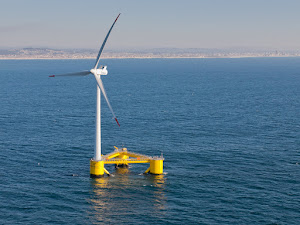 Well, it turns out that people today can actually control their own power in their own homes. You can put solar panels — I mean wind turbines may be only in a few locations in your back yard, but you can combine solar panels on your roof top with batteries and Tesla has a new battery pack that you can put in your garage that can — where you can store electricity during the day that from the solar, and then use it — use that electricity when there are peak times of electricity because that is when the price is much higher. But people can do other things. They can weatherize their home, they can use energy efficient appliances. There are a lot of things that people can do to reduce energy use and go towards 100 percent renewable energy. Using heat pumps instead of gas heaters. Getting electric cars instead of gasoline cars. More