The dilemma facing the Small Island Developing States (SIDS) of the Caribbean, including Jamaica, is that they are not as small as they like to make out — based on comparisons with the population, land area and Gross Domestic Product (GDP) of other countries. Neither are they as deprived of resources, if they measure their land and their marine space. 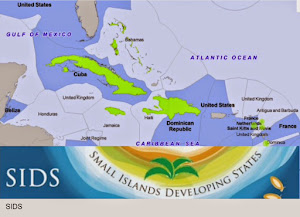 For example, the land area of The Bahamas is 5,383 square miles but its exclusive economic zone (EEZ) is 242,970 square miles. St Kitts and Nevis is only 100 square miles, but its EEZ is 7,900 square miles. The importance of this is that the sea is a vital resource. Some three billion people live in coastal areas and 90 per cent of all international trade is transported by sea. Fish and fish products are an important sector of global trade. In 2013, total world exports of fish and fishery products were estimated to reach US$136 billion.

Oceans and seas are essential resources to be utilised for a more sustainable future for all countries. This is particularly true in the case of SIDS. Marine fisheries are particularly important in SIDS for income generation, earning of foreign exchange and employment, particularly in coastal communities. In 2012, SIDS exports of fish products were valued at US$1.75 billion and represented approximately seven per cent of their total exports and 1.7 per cent of their total GDP. In some SIDS, fish contributes 90 per cent of animal protein consumed by their populations.

In the Caribbean, most of the population lives on the coast where economic activity and infrastructure is concentrated. The most important industry, the tourism industry, is also on the coast. The sea is an indispensable means of transportation and, according to the Caribbean Tourism Organisation, nearly 24 million cruise ship passengers pass through the Caribbean Sea.

The Caribbean is not, however, making the most of the potential of the sea. First, it is not fully utilising the potential for fishing; and secondly it is not making a vigorous attempt to exploit the possibility of oil and natural gas in the coastal waters.

Just as unfortunate as underutilising the sea is the inadequate provision for protecting the quality of the Caribbean Sea. The value of the Caribbean Sea will not long be attractive if our governments do not immediate intensify their national and regional programmes to protect it. Human and financial resources must be directed to (1) developing a blue economy approach to economic development based on sustainable marine resource management; (2) establishing an integrated approach to ocean governance and regulation; (3) applying marine spatial planning; (4) increasing research and knowledge of the Caribbean Sea; (5) taking measures to ameliorate the impact of climate change and (6) improving institutional and human capacity to act.

If these measures are implemented, the SIDS of the Caribbean will be able to utilise the large potential of the vast area of the sea which fall within their EEZs. The benefits are more productivity from existing activities such as fishing and tourism, realising the potential for underwater resources which might include oil and natural gas, and developing entirely new industries, for example, various forms of aquaculture and blue biotechnology. More