Saudi Arabia is the single biggest contributor to the funding of Islamic extremism and is unwilling to cut off the money supply, according to a leaked note from Hillary Clinton. 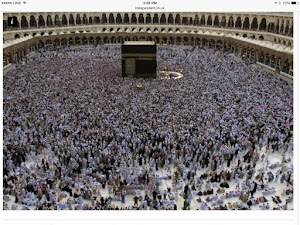 The US Secretary of State says in a secret memorandum that donors in the kingdom still “constitute the most significant source of funding to Sunni terrorist groups worldwide” and that “it has been an ongoing challenge to persuade Saudi officials to treat terrorist financing emanating from Saudi Arabia as a strategic priority”.

In a separate diplomatic cable published by WikiLeaks last night, the militant group which carried out the Mumbai bombings in 2008, Lashkar-e-Toiba, is reported to have secured money in Saudi Arabia via one of its charity offshoots which raises money for schools.

Saudi Arabia is accused, along with Qatar, Kuwait and the United Arab Emirates, of failing to prevent some of its richest citizens financing the insurgency against Nato troops in Afghanistan. Fund-raisers from the Taliban regularly travel to UAE to take advantage of its weak borders and financial regulation to launder money.

However, it is Saudi Arabia that receives the harshest assessment. The country from which Osama bin Laden and most of the 9/11 terrorists originated, according to Mrs Clinton, “a critical financial support base for al-Qa'ida, the Taliban, Lashkar-e-Toiba and other terrorist groups, including Hamas, which probably raise millions of dollars annually from Saudi sources, often during the Haj and Ramadan”.

These pilgrimages, especially the Haj, are described as a “big problem” in another cable dated 29 May 2009. Detailing a briefing from the Saudi interior ministry to Richard Holbrooke, the US envoy to Afghanistan and Pakistan, it notes: “The Haj is still a major security loophole for the Saudis, since pilgrims often travel with large amounts of cash and the Saudis cannot refuse them entry into Saudi Arabia.”

It also quotes one of the officials admitting that the Haj is “a vacuum in our security”. The huge annual influx of Muslims from around the world offers a prime opportunity for militants and their donors to enter the kingdom to exchange funds, launder money through front companies and accept money from government-approved charities.

The memo underlines that the US supports the work of Islamic charities, but is frustrated that they are so easily exploited to fund terrorism.

“In 2002, the Saudi government promised to set up a charities committee that would address this issue, but has yet to do so,” Mrs Clinton's cable reads, before seeming to admit with disappointment that merely “obtaining Saudi acknowledgement of the scope of this problem and a commitment to take decisive action” has proved hard. More