Just three weeks after the conclusion of the most recent climate negotiations, Geneva has once again offered a space for governments to consider how to address the human rights implications of climate change. 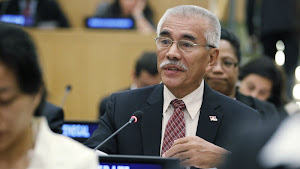 As the issue recently emerged as one of the elements that many countries wish to see integrated to the Paris climate agreement, these discussions provided insights on opportunities for states and UN bodies to better address this issue in the coming months.

Last Friday, the Human Rights Council hosted two high-level panels dedicated to the issue of human rights and climate change, with specific focus on the importance of international cooperation and on the impacts of climate change on the exercise of the right to food.

Representatives from small islands states called for urgent action to mitigate climate change, pointing at the fact that climate change threatens the progress made with the promotion of human rights.

The prime minister of Tuvalu Enele Sopoaga warned that climate change will worsen existing inequities in world already riven with inequality, poverty and conflict. Tuvalu, the prime minister warned, has neither the resources nor the capacity to cope with these impacts.

Kiribati’s President Anote Tong reminded the Human Rights Council that, despite all the efforts by his government, climate change remains an existential threat to his people.

“Who do we appeal and turn to for our people’s right to survive?” president Tong asked the Council. “If there is a major challenge on human rights that deserves global commitment, leadership and collaboration, this is the one: the moral responsibility to act now against climate change.”

Both Sopoaga and Tong challenged the Council to consider how the international community should respond to the climate crisis and to urge more strongly for climate action in order to protect the rights of the most vulnerable people.

Other speakers discussed in their interventions the benefits of integrating human rights into climate policies. UN Special Envoy on Climate Change (and former UN High Commissioner for Human Rights) Mary Robinson emphasized that a “human rights framing to our development and climate responses can maximize the potential for inclusion, participation and equality”.

Victoria Tauli-Corpuz, UN Special Rapporteur on the Rights of Indigenous Peoples, insisted more specifically on the importance to respect the rights of indigenous peoples, in particular land rights and participatory rights, when designing climate policies.

Quoting the fifth assessment report from the UN’s IPCC climate science panel, Victoria Tauli-Corpuz also highlighted that “indigenous, local, and traditional knowledge systems and practices, including indigenous peoples’ holistic view of community and environment, are a major resource for adapting to climate change, but these have not been used consistently in existing adaptation efforts”. 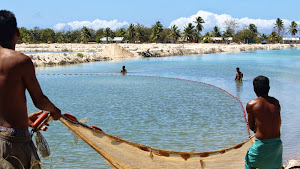 The panels were followed by an interactive dialogue with representatives from governments and civil society.

Several speakers also spoke in favor of two specific proposals for UN institutions: the importance to include strong references to human rights in the Paris 2015 climate agreement and the opportunity for the Human Rights Council to nominate a UN special rapporteur on human rights and climate change.

Germany also announced during the panels that the country would join the “Geneva Pledge on Human Rights and Climate Action” signed by 18 countries during the most recent round of climate negotiations.

However, the impact of the high political stakes related to the preparation of the Paris Climate Agreement could also be felt throughout the panels.

The interventions by most countries reflected mainly well-entrenched positions in the Council and at the climate negotiations.

The United States in particular suggested that attempts to push for the inclusion in the climate negotiations of references to the work of the Human Rights Council could lead to the “sabotage of the 2015 climate agreement”, a statement that many participants to the session considered out of tone with the discussions.

The panels were followed by the presentation, on Monday, of the report of the UN Independent Expert on Human Rights and the Environment John Knox.

In his presentation, Prof. Knox emphasized that climate change is likely the most serious threat to the enjoyment of human rights.

The ongoing discussions in Geneva this week are not expected to lead to immediate concrete results. These exchanges could nevertheless provide additional momentum when related sessions will resume in June, both in Geneva and in Bonn.

For the first half of the month, UN climate negotiations will continue to advance work towards the Paris climate agreement.

Several governments having insisted last month on the need to insert human rights language in the negotiating text, the June meeting of the climate talks will be crucial to determine whether this proposals are retained in the draft agreement.

Upon the closing of the climate negotiations in Bonn, the Human Rights Council will gather once again in Geneva to consider, among other matters, the adoption of a new resolution on human rights and climate change.

Over the past two months, Geneva offered two opportunities for governments to deepen their understanding of the interplay between human rights and climate action.

The coming months will now be critical to determine whether, through the UN climate body and the Human Rights Council, states are willing to commit to take steps towards ensuring that climate policies address climate change in a way that promotes human rights at the same time. More