By caving to industry pressures, environmental regulatory agencies are failing to uphold their obligation to future generations, declared Mary Christina Wood, the author pushing a new legal framework to fight global warming, on the final episode of Moyers & Company. 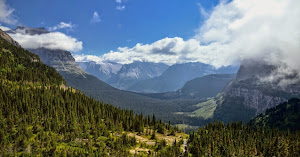 Wood, a University of Oregon law professor who wrote Nature's Trust: Environmental Law for a New Ecological Age (2013; Cambridge University Press), advocates an idea called “atmospheric trust litigation,” which takes the fate of the Earth into the courts, arguing that the planet’s atmosphere—its air, water, land, plants, and animals—are the responsibility of government, held in its trust to insure the survival of all generations to come.

“If this nation relies on a stable climate system, and the very habitability of this nation and all of the liberties of young people and their survival interests are at stake the courts need to force the agencies and the legislatures to simply do their job.”
—Mary Christina Wood, University of Oregon Law School

“The heart of the approach is the public trust doctrine,” she told her host, longtime journalist and political commentator Bill Moyers. “And it says that government is a trustee of the resources that support our public welfare and survival. And so a trust means that one entity or person manages a certain wealth, an endowment, so to speak, for the benefit of others. And in the case of the public trust, the beneficiaries are the present and future generations of citizens.”

The theory underpins lawsuits filed by Our Children's Trust, which ask for the courts to order state and local governments and agencies to act more aggressively to bring down carbon emissions.

“[I]f this nation relies on a stable climate system, and the very habitability of this nation and all of the liberties of young people and their survival interests are at stake the courts need to force the agencies and the legislatures to simply do their job,” Wood explained.

Environmental laws passed in the 1970s “held a lot of promise” decades ago, she said but they've lost what little power they once possessed. Wood continued:

Americans thought they had solved the problem by getting these laws passed. What they didn't realize was that industries got inside the agencies through various means, through campaign contributions, through pressure on the system over and over again. And so one thing we have to keep in mind is we're nearing the end of our resources. And there are laws of nature that we have to comply with.

And those laws are supreme. And they determine whether we will survive on this planet. And they will determine the future conditions for our children. And so right now, our environmental laws are out of whack with the laws of nature. They are allowing destruction, whereas they should be structuring society to create a balance with the natural systems that support our lives.

And Wood disagreed with those who argue that climate change is a political issue to be dealt with outside the courts.

In a related feature earlier this year, Moyers spoke to a member of the next generation who is a co-plaintiff in one of the atmosphere trust litigation lawsuits being spearheaded by Our Children’s Trust.

“Public trust states that the government is a trustee to protect these natural resources that every living species, including humans, rely upon for our survival, for our well-being,” 18-year-old Kelsey Juliana told Moyers at the time. “And so the public trust says, government, we hold you, we trust you to put these resources, air, water, land, you know, to protect them for this generation and for many generations down the line.” More