The truth can be a slippery thing. We each have a version but it slips and slides about in our minds as we deal with the constant flood of information coming at us from all sides, not to mention trying to balance this expert view against that, between what we know, what we think we know, and what we suspect. 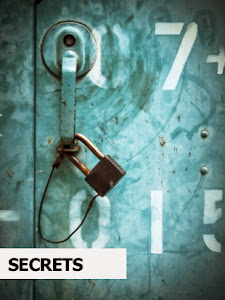 We are all at the mercy of cognitive biases and layers of assumptions and associations built up over our lifetimes. And so we need reference points to help mark the key geographical features of our worldview. And, sometimes, we need some of those reference points visible in our world, amongst our tribes of friends, colleagues, allies and families. It’s very difficult for most of us to make our way in the world and act with the determination we often crave without some acknowledgement that we’re not the only ones seeing the world as we do. The bigger the thought, the less pleasant it is to assimilate, and the further out from the mainstream it lives, the more important that acknowledgment can be.

The 1%-99% Occupy meme was one of those markers. The reason it travelled so far and fast wasn’t because it told people something altogether new, but rather that it capped off and gave voice to thoughts they already had. It didn’t teach as much as it validated and articulated.

At /The Rules, we think its time for a new marker; one that grows very much from the 1%-99% meme, and, hopefully, adds something important. And it’s that we now all live on a One Party Planet.

This is a provocative claim, pregnant with meaning and implication. If it’s true in the way we believe it to be, it means there is an identifiable form of totalitarianism casting a shadow over the entire human race. It means that there is a force so broad, so enmeshed within the logic of modern global power, that the solutions we all work toward in the specific struggles we care most about – be that rampant inequalities in income and opportunity, widespread poverty, or climate change – are all facing it. Not a force that lives in any single person, organization or structure, but that is ephemeral in the way that all ideology is ephemeral. It transcends and thereby unites the leadership of the vast majority of political parties, governments and corporations that have any proximity to global power. But for all this, it is also specific, definable, and visible through the right lenses. Which means it can be challenged.

It’s got many names but we call it Neoliberalism, because that fits it well enough and is very common, recognizable currency. It’s not primarily an economic agenda; it’s a moral philosophy. As Margaret Thatcher, one of its seminal champions herself said, “economics are the method, the object is to change the heart and soul”.

It is defined by a circular and hermetically sealed logic, in three parts. Firstly, that survival of the fittest through eternal competition between self-interested parties is, practically speaking, the only law upon which human society can realistically be ordered; secondly, that, in the moral hierarchy, financial wealth equates with life success which equates with virtue; and thirdly that man [sic] is, if not an island, then, at most, a part of an archipelago of islands of shared interests, answerable only to himself, his peers and, possibly, his God, in that order. To see only the familiar economics – i.e. belief in small government, low taxes, the sanctity of private property and private industries, and 'free' markets, particularly in labor, all of which feed, above all else, the double-headed hydra of profit and economic growth – and not connect it back to the moral philosophy is to miss the point.

To back up this provocative claim, we have released a pamphlet today called, The One Party Planet. We start it by looking inwards, at our cognitive capacities. The world we see around us today is a reflection of human consciousness; we long since passed the point where we could say, “it wasn't us.” So whatever challenges we face—climate change, rampant inequality, endless violent conflict or vast impoverishment—are challenges, first and foremost, of and for the human mind. It helps, therefore, to spend a small amount of time reflecting on what we know about its character in a section called, How True is True?

Then we turn to what might be more familiar territory: power theories, processes and players. This breaks into six parts; The Neoliberal Heart and Soul, Fashions in Global Power, Financial Might, Concentration of Corporate Power, Active Political Projects, and In their Own Words. And finally, a few thoughts on the system's internal logic; that alignment of forces that mean none of this was really planned and no one is actually to blame. We conclude with the most human considerations in Facing Ourselves, and Where Hope Lies.

We have written it as a political pamphlet to honor all those that were written against the wishes of the ruling elite in the past, and that played some part in monumental change, from the English Civil War to the Abolition of Slavery. We’d like help spreading it around, translating it, and building on it. If it’s wrong in important ways, we want to know how. If there more that should be said, we want to help people say it. You can comment on our facebook page, or write to pamphlets@therules.org. More