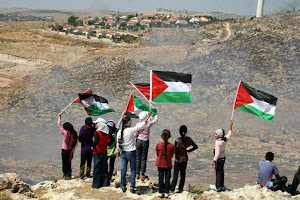 Active in the Israeli market since 1995, RE/MAX sells and rents houses and apartments in colonies reserved exclusively for Jews in the occupied West Bank, including East Jerusalem. Much of that work is coordinated in an office that the Israeli subsidiary of RE/MAX runs in Maale Adumim, a major settlement in the West Bank.

A United Nations report published last year suggested that the firm’s parent company in the US could be “held accountable” for assisting Israel’s crimes. RE/MAX International, which is headquartered in Denver, “has constant interaction and influence” over its franchises around the world. The company also provides “brand name affiliation,” training and other services, according to Richard Falk, the report’s author, who was then the UN special rapporteur for the West Bank and Gaza.

On its website, RE/MAX offers properties in a number of settlement colonies in East Jerusalem, which has been under Israeli occupation since 1967. A four-room apartment with “lots of closet space” can be rented for 4,400 shekels ($1,100) per month. Among the apartment’s attractions listed by RE/MAX are proximity to the light rail system which links Israeli settlements in East Jerusalem to the city center. 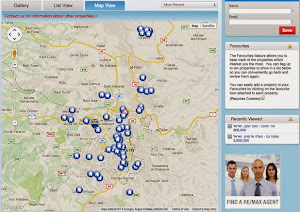 Such settlements violate the Fourth Geneva Convention, which forbids an occupying power from transfering its civilian population into a territory that it occupies.

Proespective settlers with a larger budget were recently offered what RE/MAX describes as “a beautiful old Arab house” in the Abu Tor neighborhood for 7 million shekels ($1.8 million).

Posing as a prospective buyer, an Electronic Intifada reporter phoned Orly Raz, a RE/MAX agent for East Jerusalem. Raz said that “we have just sold everything” that the firm was handling in Abu Tor.

Claiming that he would be moving to Jerusalem in early 2015, the reporter enquired if there would be any legal difficulties in buying a house or an apartment that previously belonged to Palestinians. “You don’t have to worry about these things,” Raz replied. “All our properties legally belong to Jewish owners. They didn’t take them from anyone.”

“Of course, if you are worried about the ‘67 border line, this is not a good area to buy property,” she added.

Raz then asked: “Are you Jewish?” When the reporter responded that he was not, she said: “You have to check the properties — if their owners say they can sell an apartment to non-Jewish people.” She added, however, that such conditions are not mentioned on the firm’s website.

When the reporter feigned surprise that a real estate firm might discriminate based on religion or ethnicity, Raz said: “I’m just saying this is an issue to check very carefully.”

Ateret Cohanim, a Zionist organization, has been known to buy Palestinian homes in Abu Tor, so that they can be passed on to Israeli settlers.

Abu Tor has also witnessed considerable brutality by Israeli forces against its Palestinian residents lately. In late October, Israeli police officers broke into a house of a Palestinian living in Abu Tor, shooting him dead.

And in the first week of November, two Palestinian buildings were demolished in Abu Tor at the instruction of the Israeli authorities.

RE/MAX has enjoyed fawning coverage in the Israeli press. In 2004, the newspaper Haaretz published a profile of Bernard Raskin, the chief executive of RE/MAX Israel. Zimbabwean-born Raskin claimed that his firm had become a leading player in the Israeli property market because its competitors had “no professionalism.”

During a 2013 real estate conference in South Africa, Raskin noted that the Israeli economy has not suffered as severely as many others during the recession of recent years. One problem he identified was that “there is generally a shortage of stock.”

He added, however, that “more and more building is taking place outside of Tel Aviv, where property is expensive.”

The Israeli authorities have ensured that RE/MAX will have new business, thanks to the ongoing expansion of Jewish-only settlements in East Jerusalem and the wider West Bank. Earlier this month, the Israeli-controlled Jerusalem municipality announced that it had rubber-stamped the construction of new housing units in Ramot, a settlement in East Jerusalem. RE/MAX is already active in Ramot.

Although the US government says it is opposed to the construction of Israeli settlements, it has refused to impose sanctions on Israel. Because of that refusal, RE/MAX can continue turning violations of international law into a money-making opportunity.

The Colorado headquarters of RE/MAX International did not respond to requests for comment.

While the company’s Israeli operations may have some autonomy, RE/MAX International cannot claim that these matters have nothing to do with it. As the UN made clear in its aforementioned 2013 report, RE/MAX wields considerable influence over its franchises around the world.

The Palestinian-led boycott, divestment and sanctions movement has succeeded in putting the spotlight on how corporations like Veolia and G4S aid the Israeli occupation. Given that RE/MAX is so directly involved in the settlements that are central to that occupation, there is a strong case for putting the firm under the same kind of pressure. More