Our oceans are acidifying — even if the nightly news hasn’t told you yet. 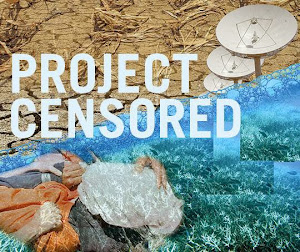 As humanity continues to fill the atmosphere with harmful gases, the planet is becoming less hospitable to life as we know it. The vast oceans absorb much of the carbon dioxide we have produced, from the industrial revolution through the rise of global capitalism. Earth’s self-sacrifice spared the atmosphere nearly 25 percent of humanity’s CO2 emissions, slowing the onslaught of many severe weather consequences.

The rising carbon dioxide in our oceans burns up and deforms the smallest, most abundant food at the bottom of the deep blue food chain. One vulnerable population is the tiny shelled swimmers known as the sea butterfly. In only a few short decades, the death and deformation of this fragile and translucent species could endanger predators all along the oceanic food web, scientists warn.

Since ancient times, humans fished the oceans for food. Now, we’re frying ocean life before we even catch it, starving future generations in the process. Largely left out of national news coverage, this dire report was brought to light by a handful of independent-minded journalists: Craig Welch from the Seattle Times, Julia Whitty of Mother Jones, and Eli Kintisch of ScienceNOW.

It is also the top story of Project Censored, an annual book and reporting project that features the year’s most underreported news stories, striving to unmask censorship, self-censorship, and propaganda in corporate-controlled media outlets. The book is set for release in late October.

“Information is the currency of democracy,” Ralph Nader, the prominent consumer advocate and many-time presidential candidate, wrote in his foreword to this year’s Project Censored 2015. But with most mass media owned by narrow corporate interests, “the general public remains uninformed.”

Whereas the mainstream media poke and peck at noteworthy events at single points in time, often devoid of historical context or analysis, Project Censored seeks to clarify understanding of real world issues and focus on what’s important. Context is key, and many of its “top censored” stories highlight deeply entrenched policy issues that require more explanation than a simple sound bite can provide.

Campus and faculty from over two dozen colleges and universities join in this ongoing effort, headquartered at Sonoma State University. Some 260 students and 49 faculty vet thousands of news stories on select criteria: importance, timeliness, quality of sources, and the level of corporate news coverage.

The top 25 finalists are sent to Project Censored’s panel of judges, who then rank the entries, with ocean acidification topping this year’s list.

“There are outlets, regular daily papers, who are independent and they’re out there,” Andy Lee Roth, associate director of Project Censored, told us. Too many news outlets are beholden to corporate interests, but Welch of the Seattle Times bucked the trend, Roth said, by writing some of the deepest coverage yet on ocean acidification.

“There are reporters doing the highest quality of work, as evidenced by being included in our list,” Roth said. “But the challenge is reaching as big an audience as [the story] should.”

Indeed, though Welch’s story was reported in the Seattle Times, a mid-sized daily newspaper, this warning is relevant to the entire world. To understand the impact of ocean acidification, Welch asks readers to “imagine every person on earth tossing a hunk of CO2 as heavy as a bowling ball into the sea. That’s what we do to the oceans every day.”

Computer modeler Isaac Kaplan, at the National Oceanic and Atmospheric Administration office in Seattle, told Welch that his early work predicts significant declines in sharks, skates and rays, some types of flounder and sole, and Pacific whiting, the most frequently caught commercial fish off the coast of Washington, Oregon, and California.

Acidification may also harm fisheries in the farthest corners of the earth: A study by the Arctic Monitoring and Assessment Programme outlines acidification’s threat to the arctic food chain.

“Decreases in seawater pH of about 0.02 per decade have been observed since the late 1960s in the Iceland and Barents Seas,” the study’s authors wrote in the executive summary. And destroying fisheries means wiping out the livelihoods of the native peoples of the Antarctic.

Acidification can even rewire the brains of fish, Welch’s story demonstrated. Studies found rising CO2 levels cause clown fish to gain athleticism, but have their sense of smell redirected. This transforms them into “dumb jocks,” scientists said, swimming faster and more vigorously straight into the mouths of their predators.

These Frankenstein fish were found to be five times more likely to die in the natural world. What a fitting metaphor for humanity, as our outsized consumption propels us towards an equally dangerous fate.

“It’s not as dramatic as say, an asteroid is hitting us from outer space,” Roth said of this slowly unfolding disaster, which is likely why such a looming threat to our food chain escapes much mainstream news coverage.

Journalism tends to be more “action focused,” Roth said, looking to define conflict in everything it sees. A recently top-featured story on CNN focused on President Barack Obama’s “awkward coffee cup salute” to a Marine, which ranks only slightly below around-the-clock coverage of the president’s ugly tan suit as a low point in mainstream media’s focus on the trivial.

As Nader noted, “‘important stories’ are often viewed as dull by reporters and therefore unworthy of coverage.” But mainstream media do cover some serious topics with weight, as it did in the wake of the police officer shooting of Michael Brown in Ferguson, Mo. So what’s the deciding factor?

As Roth tells it, corporate news focuses on “drama, and the most dramatic action is of course violence.”

But the changes caused by ocean acidification are gradual. Sea butterflies are among the most abundant creatures in our oceans, and are increasingly born with shells that look like cauliflower or sandpaper, making this and similar species more susceptible to infection and predators.

“Ocean acidification is changing the chemistry of the world’s water faster than ever before, and faster than the world’s leading scientists predicted,” Welch said, but it’s not getting the attention is deserves. “Combined nationwide spending on acidification research for eight federal agencies, including grants to university scientists by the National Science Foundation, totals about $30 million a year — less than the annual budget for the coastal Washington city of Hoquiam, population 10,000.”

Our oceans may slowly cook our food chain into new forms with potentially catastrophic consequences. Certainly 20 years from now, when communities around the world lose their main source of sustenance, the news will catch on. But will the problem make the front page tomorrow, while there’s still time to act?

Probably not, and that’s why we have Project Censored and its annual list: More