When you think of climate change and energy, what springs to mind? Coal, fossil fuel, power plants, renewables, and efficiency are likely on your list, whether as contributors or mitigation options. But if demand response and smart grid are not on your list, it is incomplete. 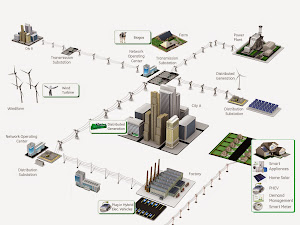 You are not alone. The EPA didn’t put them on its “list” when it put out its draft Clean Power Plan (111d) earlier this year. The fact is, however, that smart grid and things under its umbrella like DR, storage, etc. should be squarely on the table when climate-related plans are being made.

There are three questions regarding smart grid and climate change that are being asked these days. There is also one question that is not being asked but should be. They will all be part of the discussion at the upcoming National Summit on Smart Grid and Climate Change on December 2-3, but let’s take a quick look at them now.

The first two are:

The third one is:

3. Which should happen first? Grid Hardening or Grid “Smartening”? Or should they be done together?

The first two questions fall into the category of climate mitigation and emissions reduction. Even before the EPA Plan came out, smart grid and DR were not seen as saving kWh, and therefore emissions. They were focused on kW reduction, and only for short amounts of time, usually on peak, right?

Well, that may have been true once, but that is not the case anymore. DR is no longer just about the peak. It has evolved into technology-based intelligent energy management. It has become dynamic efficiency, as opposed to traditional end-use efficiency. As such, it optimizes and reduces energy consumption and emissions. But even where DR is used solely as a peak management tool, studies show that there is little if any “bounce back” effect during the off-peak( i.e. not all of the usage that was reduced is replaced) and that on average there is a 4-5% overall reduction.

Let’s look at another smart grid option – Conservation Voltage Reduction (CVR). This option is essentially one where smart grid technology allows a utility to provide the same service to the customer while also lowering voltage, which in turn lowers usage and therefore emissions. CVR has been shown to generate around 1% savings, and customers don’t have to do anything.

Thankfully, with a little prodding by the SG and DR community, EPA has seen the light and now commonly speaks out to say that smart grid is definitely eligible for states to consider putting in their 111d compliance plans. EPA has clarified that the four specified “building blocks” in its plan were for purposes of determining goals. They are not prescriptive choices. States can put anything they want to in their plan, as long as they demonstrate that there will be reductions.

So that brings us to question 2 – what does that mean for smart grid? Well, if it is eligible to be used in a state plan, that should be good, right? Not necessarily. First, the people putting together the state plans need to not be hung up on the myth that there are no reductions from smart grid. EPA saying it is eligible only means it is on the shopping list for states. The key is getting them to select it, and that may take a focused education effort on the part of the smart grid and DR community. And it wouldn’t hurt if as part of that effort, states were reminded that they can’t plan to do large amounts of intermittent renewables on the system and not think about DR and smart grid – yet another reason to put them into a plan.

Finally, let’s examine question 3on climate adaptation. Whatever climate change scenario one subscribes to, few if any speak out against the need to prepare for change, whether it is sea level rise, storms, or rising temperatures. So is there a role for smart grid? At the National Summit on Smart Grid and Climate Change, an entire track has been devoted to that discussion.

When it comes to the electricity system, resiliency is the word one hears most. While definitions of that differ, two of the common attributes of a resilient system are flexibility and diversity. That means not putting all of your eggs into one power system, or one line. It means seeking strength through a distribution system that is really distributed – not just for delivery of power, but for generating it. That is where distributed energy resources (DER) and microgrids – both part of the smart grid diaspora – come into play. They help increase the resiliency of a system. Of course such a system needs management. But that is where the new smart grid technologies provide the ability to sense, monitor, communicate, and control.

The challenge in the question is this: some grid resiliency efforts in the wake of Superstorm Sandy and other similar events are focusing on grid hardening – not grid smartening. Now I agree that grid hardening sounds conceptually comforting. After all, raising the level of a substation so that storm waters will flow underneath it (a real example) is pretty straightforward and understandable. But where does that get us in the end? How has that modernized the grid? Don’t get me wrong, I believe that grid hardening should be pursued where it makes sense, but not at the total exclusion of grid smartening.

In an ideal world, states would be looking at a climate adaption plan at the same time they are putting together a climate mitigation plan. In that ideal world, smart grid would get bonus points for being something that can go into both plans. But we don’t live in an ideal world, and state agencies operate in silos. It may be up to the DR and smart grid communities to help them with their plans, and help them connect the dots that will make those plans better and create better opportunities for smart grid. More