NAROBI, Kenya, Monday November 3, 2014, CMC – A top United Nations official has warned that the small islands of the Caribbean will be the first territories in the region to suffer the effects of rising sea levels due to climate change. 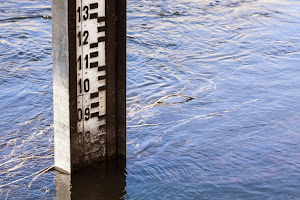 Executive Director of the United Nations Environment Program, Achim Steiner, said here on Saturday that the effects of climate change threaten the Caribbean’s tourism industries and, eventually, their “very existence”.

Speaking ahead of Sunday’s release of the Fifth Assessment Report from the Intergovernmental Panel on Climate Change, Steiner said sea-level rise will have an “immediate impact in economic terms” on the Caribbean Small Island Developing States (SIDS), stating that the Caribbean’s tourism infrastructure is 99 per cent along the coastline.

“Many small island nations are in a far more exposed situation simply because their territory is sometimes only two, three, four meters (6.5-13 ft.) above sea level,” he said, adding “therefore their very existence is being threatened.

“The changes also in, for instance, coral reefs and mangroves that are natural barriers and help strengthen the resilience of these countries, if coral reefs are dying then clearly countries become more vulnerable,” he added.

Steiner also cited the impact of more intense hurricanes and other extreme weather events on countries whose economies cannot bear the cost of reconstruction.

On a more hopeful note, he praised proactive efforts by some Caribbean countries, such as Barbados, where “energy efficiency efforts and renewable deployment are now on the agenda of investment and national development planning”.

The efforts of the Barbados government were one reason the United Nations decided to mark 2014 World Environment Day in Barbados, Steiner said. More