Pakistan’s extreme vulnerability to climate change is not a scientific secret but is, in fact, a logical certainty owing to its geographic location, inclined elevation, as well as demographics. 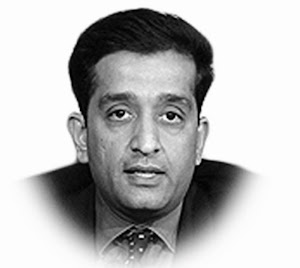 The issue directly impacts upon the country’s already volatile water dynamics driven by the northern glaciers and the seasonal monsoon rains and, if not managed properly, could burden our economy to the tune of $6-14 billion per year (United Nations Framework Convention on Climate Change NEEDS study 2010). In response to this challenge, Pakistan’s National Climate Change Policy has laid out a comprehensive ‘to do’ list for the government, which was approved by the government but, unfortunately, has not been acted upon by the authorities. Oblivious to this apathy and inaction, Pakistan continues to face a mammoth challenge to not only climate-proof its future development path, but also take steps to cope with an issue, which is here to stay. These steps include establishing early warning systems, effective flood plain management, improving weather forecasting with cross-border data exchange and enhancing the disaster preparedness, as well as emergency response capabilities to deal with predicted climate-induced natural disasters.

To their credit, previous governments did begin to take concrete institutional building measures, such as establishing a very high-level Prime Minister’s Cabinet Committee on Climate Change, setting up a dedicated Ministry of Climate Change built on the debris of a misguidedly devolved Environment Ministry and creating a focused climate research centre i.e., the Global Change Impact Studies Centre. However, in one stroke of convenient denial, the present government has undone and dismantled all those measures by downgrading the ministry to a division level, drastically cutting the funds for the division, leaving it headless without an appointed minister and also drying up all finances for the climate research centre. It is, thus, not surprising, that the country received a rude wake-up call when, during the recent floods, the forces of nature once again caught it totally off guard and institutionally ill-prepared to deal with a situation, which had been predicted and forewarned time and again by climate experts.

The 2014 flood came in two surges. The first surge occurred due to exceptionally high rainfall in the rivers Jhelum, Chenab, Ravi and their catchments. It is a recorded fact that the Pakistan meteorological office gave clear warnings about this enhanced rainfall activity, which were not heeded to in a timely manner. The result of this negligence was that the Mangla Dam remained filled to the brim, while storm waters gathered upstream and, subsequently, the floodgates were forced open at the worst possible time when water levels were already dangerously peaking downstream. Had the water been incrementally released, as advised, the massive flood surge that eventually occurred could have been effectively prevented. Dams remain a double-edged sword — if used intelligently, they can be the best tool for controlling and regulating floods, but if used improperly, as they were on this occasion, they can quickly convert floods into mega human disasters.

This first human-induced deluge was followed by the second flood surge that occurred due to the unpredictably high ‘cloud-burst’ in Indian-held Kashmir. The information about this second surge was also received hours in advance as the water roared down River Chenab. Again, our own meteorological office issued a timely flood peak warning, but again, the reaction time and response measures of our government were found severely lacking.

The floods were triggered by climate-induced cloud-bursts and monsoonal shifts, but the human tragedy and destruction got multiplied due to poor government planning, human negligence and a criminal mixture of absence and apathy of relevant institutional response mechanisms.

Climate related calamities, including more flooding and an enhanced frequency of freak natural events are, unequivocally, predicted for Pakistan and it is time to take these warnings seriously, and for the government to heed to them by planning to deal with the consequences, limiting the damage and adapting to this shifting scenario. The recent floods, which are surely not the last one, have also rudely exposed the human, economic and environmental costs to be paid for our politically motivated aversion to building large dams, as well as the suicidal trend of encroaching upon flood plains and continuing to challenge the flood water boundaries.

Pakistan lies at the geographic crossroads of melting glaciers, shifting monsoons and enhanced disaster activity. This locational risk cannot be changed, but how we deal with this looming catastrophe can certainly be changed. What it requires is better responsive measures and heeding to technical advice and scientifically based warnings with timely decisions.

The political optics of wading through floodwaters and post disaster bear hugs with destitute and frustrated victims is beginning to lose its vote-gathering lustre. As we haplessly subject millions to avoidable disasters, it is time to face up to reality. Climate-proofing of infrastructure, conserving the yearly deluge of water that is callously flushed into the Arabian Sea and effectively enforced flood plains management needs to get the priority it deserves. The politics of underpasses and overpasses has to give way to the politics of common sense, based on what Pakistan’s real challenges are and what it is predicted to face up to in the near future. Governing with confused priorities and institutional mismanagement will continue to worsen the responses forced upon us as we face up to the unpredictability of climate change. More