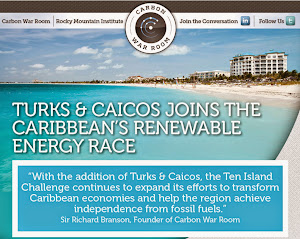 The Premier of Turks and Caicos, the Honorable Doctor Rufus Ewing, and Carbon War Room Operation Director, Justin Locke, signed a Memorandum of Understanding, committing to work together to reduce the island’s dependence on fossil fuels through increased renewable energy production and improved energy efficiency.

“With the addition of Turks & Caicos, the Ten Island Challenge continues to expand its efforts to transform Caribbean economies and help the region achieve independence from fossil fuels.”Sir Richard Branson, Founder of Carbon War Room

The MOU signing builds on a commitment made by the Governor of Turks and Caicos, Peter Beckingham at the Creating Climate Wealth Islands Summit in February 2014, when Turks & Caicos expressed interest in joining the Challenge. 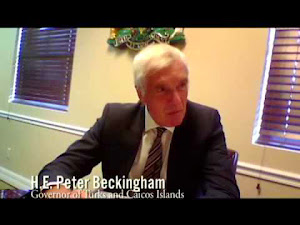 The Ten Island Challenge works to accelerate the transition of Caribbean island economies from a heavy dependence on fossil fuels to renewable resources. Caribbean economies suffer from some of the highest electricity prices in the world—contributing to their national debts, and slowing efforts toward sustainable development. Despite an abundance of sun and wind, Caribbean islands have implemented relatively low amounts of renewables to date. The Ten Island Challenge is tackling this by identifying the technical and commercial solutions that can facilitate low-carbon energy use in the Caribbean.

In 2013, Sir Richard Branson committed his home of Necker Island in the British Virgin Islands to serve as a ‘demo’ island in the Challenge, and, in February of this year, US energy giant NRG Energy was awarded the contract to transition the island to renewables. More