August 23, 2014 “ICH” – “PIPR” – – People in Gaza and elsewhere in Palestine feel disappointed at the lack of any significant international reaction to the carnage and destruction the Israeli assault has so far left behind it in the Strip. 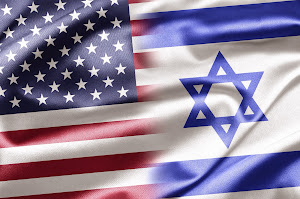 The inability, or unwillingness, to act seems to be first and foremost an acceptance of the Israeli narrative and argumentation for the crisis in Gaza. Israel has developed a very clear narrative about the present carnage in Gaza.

It is a tragedy caused by an unprovoked Hamas missile attack on the Jewish State, to which Israel had to react in self-defence. While mainstream western media, academia and politicians may have reservations about the proportionality of the force used by Israel, they accept the gist of this argument. This Israeli narrative is totally rejected in the world of cyber activism and alternative media. There it seems the condemnation of the Israeli action as a war crime is widespread and consensual.

The main difference between the two analyses from above and from below is the willingness of activists to study deeper and in a more profound way the ideological and historical context of the present Israeli action in Gaza. This tendency should be enhanced even further and this piece is just a modest attempt to contribute towards this direction.

An historical evaluation and contextualization of the present Israeli assault on Gaza and that of the previous three ones since 2006 expose clearly the Israeli genocidal policy there. An incremental policy of massive killing that is less a product of a callous intention as it is the inevitable outcome of Israel’s overall strategy towards Palestine in general and the areas it occupied in 1967, in particular.

This context should be insisted upon, since the Israeli propaganda machine attempts again and again to narrate its policies as out of context and turns the pretext it found for every new wave of destruction into the main justification for another spree of indiscriminate slaughter in the killing fields of Palestine.

The Israeli strategy of branding its brutal policies as an ad hoc response to this or that Palestinian action is as old as the Zionist presence in Palestine itself. It was used repeatedly as a justification for implementing the Zionist vision of a future Palestine that has in it very few, if any, native Palestinians. The means for achieving this goal changed with the years, but the formula has remained the same: whatever the Zionist vision of a Jewish State might be, it can only materialize without any significant number of Palestinians in it. And nowadays the vision is of an Israel stretching over almost the whole of historic Palestine where millions of Palestinians still live.

This vision ran into trouble once territorial greed led Israel to try and keep the West Bank and the Gaza Strip within its rule and control ever since June 1967. Israel searched for a way to keep the territories it occupied that year without incorporating their population into its rights-bearing citizenry. All the while it participated in a ‘peace process’ charade to cover up or buy time for its unilateral colonization policies on the ground.

With the decades, Israel differentiated between areas it wished to control directly and those it would manage indirectly, with the aim in the long run of downsizing the Palestinian population to a minimum with, among other means, ethnic cleansing and economic and geographic strangulation. Thus the West Bank was in effect divided into a ‘Jewish’ and a ‘Palestinian’ zones – a reality most Israelis can live with provided the Palestinian Bantustans are content with their incarceration within these mega prisons. The geopolitical location of the West Bank creates the impression in Israel, at least, that it is possible to achieve this without anticipating a third uprising or too much international condemnation.

The Gaza Strip, due to its unique geopolitical location, did not lend itself that easily to such a strategy. Ever since 1994, and even more so when Ariel Sharon came to power as prime minister in the early 2000s, the strategy there was to ghettoize Gaza and somehow hope that the people there — 1.8 million as of today — would be dropped into eternal oblivion.

But the Ghetto proved to be rebellious and unwilling to live under conditions of strangulation, isolation, starvation and economic collapse. There was no way it would be annexed to Egypt, neither in 1948 nor in 2014. In 1948, Israel pushed into the Gaza area (before it became a strip) hundreds of thousands of refugees it expelled from the northern Naqab and southern coast who, so they hoped, would move even farther away from Palestine.

For a while after 1967, it wanted to keep as a township which provided unskilled labour but without any human and civil rights. When the occupied people resisted the continued oppression in two intifadas, the West Bank was bisected into small Bantustans encircled by Jewish colonies, but it did not work in the too small and too dense Gaza Strip. The Israelis were unable to ‘West Bank’ the Strip, so to speak. So they cordoned it as a Ghetto and when it resisted the army was allowed to use its most formidable and lethal weapons to crash it. The inevitable result of an accumulative reaction of this kind was genocidal.

The killing of three Israeli teenagers, two of them minors, abducted in the occupied West Bank in June, which was mainly a reprisal for killings of Palestinian children in May, provided the pretext first and foremost for destroying the delicate unity Hamas and Fatah have formed in that month. A unity that followed a decision by the Palestinian Authority to forsake the ‘peace process’ and appeal to international organizations to judge Israel according to a human and civil rights’ yardstick. Both developments were viewed as alarming in Israel.

The pretext determined the timing – but the viciousness of the assault was the outcome of Israel’s inability to formulate a clear policy towards the Strip it created in 1948. The only clear feature of that policy is the deep conviction that wiping out the Hamas from the Gaza Strip would domicile the Ghetto there.

Since 1994, even before the rise of Hamas to power in the Gaza Strip, the very particular geopolitical location of the Strip made it clear that any collective punitive action, such as the one inflicted now, could only be an operation of massive killings and destruction. In other words: an incremental genocide.

This recognition never inhibited the generals who give the orders to bomb the people from the air, the sea and the ground. Downsizing the number of Palestinians all over historic Palestine is still the Zionist vision; an ideal that requires the dehumanisation of the Palestinians. In Gaza, this attitude and vision takes its most inhuman form.

The particular timing of this wave is determined, as in the past, by additional considerations. The domestic social unrest of 2011 is still simmering and for a while there was a public demand to cut military expenditures and move money from the inflated ‘defence’ budget to social services. The army branded this possibility as suicidal. There is nothing like a military operation to stifle any voices calling on the government to cut its military expenses.

Typical hallmarks of the previous stages in this incremental genocide reappear in this wave as well. As in the first operation against Gaza, ‘First Rains’ in 2006, and those which followed in 2009, ‘Cast Lead’, and 2012, ‘Pillar of Smoke’, one can witness again consensual Israeli Jewish support for the massacre of civilians in the Gaza Strip, without one significant voice of dissent. The Academia, as always, becomes part of the machinery. Various universities offered the state its student bodies to help and battle for the Israeli narrative in the cyberspace and alternative media.

The Israeli media, as well, toed loyally the government’s line, showing no pictures of the human catastrophe Israel has wreaked and informing its public that this time, ‘the world understands us and is behind us’. That statement is valid to a point as the political elites in the West continue to provide the old immunity to the Jewish state. The recent appeal by Western governments to the prosecutor in the international court of Justice in The Hague not to look into Israel’s crimes in Gaza is a case in point. Wide sections of the Western media followed suit and justified by and large Israel’s actions.

This distorted coverage is also fed by a sense among Western journalist that what happens in Gaza pales in comparison to the atrocities in Iraq and Syria. Comparisons like this are usually provided without a wider historical perspective. A longer view on the history of the Palestinians would be a much more appropriate way to evaluate their suffering vis-à-vis the carnage elsewhere.

But not only historical view is needed for a better understanding of the massacre in Gaza. A dialectical approach that identifies the connection between Israel’s immunity and the horrific developments elsewhere is required as well. The dehumanization in Iraq and Syria is widespread and terrifying, as it is in Gaza. But there is one crucial difference between these cases and the Israeli brutality: the former are condemned as barbarous and inhuman worldwide, while those committed by Israel are still publicly licensed and approved by the president of the United States, the leaders of the EU and Israel’s other friends in the world.

The only chance for a successful struggle against Zionism in Palestine is the one based on a human and civil rights agenda that does not differentiate between one violation and the other and yet identifies clearly the victim and the victimizers. Those who commit atrocities in the Arab world against oppressed minorities and helpless communities, as well as the Israelis who commit these crimes against the Palestinian people, should all be judged by the same moral and ethical standards. They are all war criminals, though in the case of Palestine they have been at work longer than anyone else. It does not really matter what the religious identity is of the people who commit the atrocities or in the name of which religion they purport to speak. Whether they call themselves jihadists, Judaists or Zionists, they should be treated in the same way. More