The first comprehensive study ever issued on the economic costs that uncontrolled climate change would inflict on South Asia predicts a staggering burden that would hit the region's poorest the hardest. 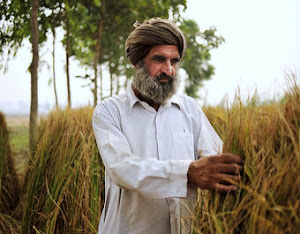 “The impacts of climate change are likely to result in huge economic, social and environmental damage to South Asian countries, compromising their growth potential and poverty reduction efforts,” said the study, published by the Asian Development Bank.

The cuts in regional GDP are so deep that they might ripple around the world, as six developing countries with 1.4 billion people—a third of them living in poverty—pay the price of the world's continuing reliance on fossil fuels.

Projections like this feed into the urgency for action as world leaders prepare to meet at the United Nations next month to discuss the climate crisis. Recent warnings show that the steps nations seem willing to take will fall well short of what is needed.

Action now, the study shows, would pay immediate and lasting dividends to the countries it examined: Bangladesh, Bhutan, India, the Maldives, Nepal and Sri Lanka.

The study, published as a new 160-page book, says that if the world cuts fossil fuel consumption enough to keep warming within 2 degrees Celsius—the goal of UN negotiations—the costs to South Asian countries of adapting to rising seas and temperatures in the decades ahead might be cut almost in half.

But if business-as-usual continues, leading to a world that is 4 or 5 degrees warmer by 2100 than at the start of the industrial age, the outlook looks grim.

“Climate change will slash up to 9 percent off the South Asian economy every year by the end of this century if the world continues on its current fossil-fuel intensive path,” the bank said. “The human and financial toll could be even higher if the damage from floods, droughts, and other extreme weather events is included.”

Because this kind of estimate is inherently imprecise, the bank warned that the real damage could be much worse than expected. Under business-as-usual trends, there is a one in 20 chance that South Asia will lose 24 percent of its annual GDP by the end of the century, the study found.

Paying to stave off those damages will cost these nations dearly, the study said.

To avoid the damage that is expected if the world takes no action on climate change, South Asia would have to spend nearly $40 billion per year by 2050 on adaptation measures, or nearly half a percentage point of average annual GDP. By 2100, the costs would have to increase to $73 billion per year, or roughly nine-tenths of a point of GDP.

If the world were to achieve the 2-degree warming goal established by UN negotiators at climate treaty talks in Copenhagen in 2009—a goal also at the heart of culminating talks set for Paris in 2015—annual adaptation costs for South Asia would be considerably less: $31 billion a year at mid-century, and $41 billion at century's end.

And instead of losing nearly 9 percent of annual GDP by the end of the century, the study found, South Asia would lose about 2.5 percent by 2100 if the world lives up to the goals of Copenhagen. More