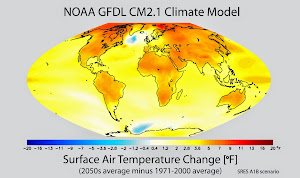 I have today changed the name of the Cayman Institute's climate change blog to the Climate War Room.

Having collaborated with Sir Richard Branson's Carbon War Room on their Ten Island Challenge, which is a major initiative to mitigate climate change through cutting down the global carbon output, I have realized that a similar initiative is needed to to raise awareness of the necessity for a global war on climate change rather than just carbon output. 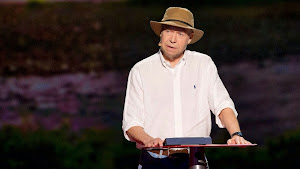 For more input on the reality of the situation a good place to start would be Makiko Sato & James Hansen's website where they ask 'What Path is the Real World Following'? Jim Hansen was the former director of NASA's Goddard Institute of Space Studies who resigned because the United States Government would not let him speak out on climate change. Assessing ‘‘Dangerous Climate Change'' makes worrying reading.

The world needs to take climate change, or as James Lovelock prefers to call it 'global heating' very seriously. Dr. Lovelock is the founder of the Gaia theory and on of the great thinkers of this century, his Cirriculum Vitae is very interesting and worth reading. Mary Midgley wrote on James Lovelock, published in the New Statesman on 14 July 2003.“Lovelock is an independent scientist. Though fanatically accurate over details, he never isolates those details from a wider, more demanding vision of their background. He thinks big. Preferring, as Darwin did, to work outside the tramlines of an institution, he has supported himself since 1963 through inventions and consultancies.”

We need to take the issue very seriously as a rapidly warming climate will change life as we know it. As Jim Hansen has tried to make us aware our children and grandchildren will effectively living on a different and not very nice planet. 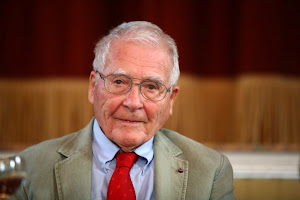 I implore you to research and read up on this subject. Speak out to your friends and neighbors and contact your political representatives and make your views known to them.