In a decision criticized as “climate criminality,” Australia's federal government announced Monday that it has given the OK to the country's biggest coal mine. 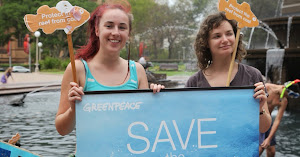 The announcement comes less than three months after the state of Queensland gave its approval to the project.

“With this decision,” wrote Ben Pearson, head of programs for Greenpeace Australia Pacific, “the political system failed to protect the Great Barrier Reef, the global climate and our national interest.”

“Off the back of repealing effective action on climate change,” stated Australian Greens environment spokesperson Senator Larissa Waters, referring to the scrapping of the carbon tax, “the Abbott Government has ticked off on a proposal for Australia’s biggest coal mine to cook the planet and turn our Reef into a super highway for coal ships.”

Adani Mining expects its Carmichael Coal Mine and Rail Project in Queensland's Galilee Basin to produce up to 60 million tonnes of coal a year, most of which will be sent to India. A rail line will be created from the mine to a new coal port terminal, an expansion which means up to 3 million meters of dredging waste will be dumped in the area of the World Heritage-listed Reef.

UNESCO “noted with concern” (pdf) in April the prospect of additional dredging that would negatively impact the Reef and warned that the site could be added to the List of World Heritage in Danger.

The approval for the Carmichael project came from Federal Environment Minister Greg Hunt with “36 strict conditions”—conditions that did nothing to allay the environmental fears raised by critics.

Felicity Wishart, Great Barrier Reef Campaign Manager for the Australian Marine Conservation Society, stated that the conditions would be “laughable, if they weren’t so serious.”

Wishart also accused the Queensland and federal government of “watering down environmental protections and fast-tracking approvals for new ports and LNG plants on the Great Barrier Reef.”

“The Federal government has fast-tracked industrialization along the Reef because it is too close to the mining industry,” she stated.

Pearson also admonished the close ties, saying in a statement, “The Federal Environment Minister has laid out the red carpet for a coal company with a shocking track record to dig up the outback, dump on the Great Barrier Reef and fuel climate change.”

[t]he mine would steal precious water. The mine requires 12 gigaliters (12 billion liters) of water each year from local rivers and underground aquifers. That’s enough drinking water for every Queenslander for three years. Even ten kilometers away, water tables are expected to drop by over one meter.

In addition to the dangers of dredging up the sea-bed, the list adds:

The burning of coal from Carmichael mine would produce four times the fossil fuel emissions of New Zealand. It is a catastrophe for the climate.

“History will look back on the Abbott Government’s decision today as an act of climate criminality,” Waters stated. More

Greenpeace Australia Pacific created this infographic to highlight what the group sees as risks the Carmichael mine poses: 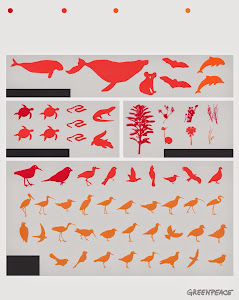