Little more that a year after the International Energy Agency added its voice to the chorus chiming that peak oil was dead, a new report from the uconservative adviser to industrialised nations suggests it has changed its tune. Only this time it is not peak supply that is on its radar, but peak demand. 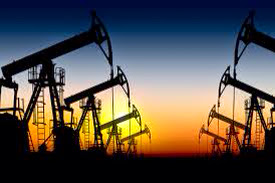 The IEA’s Medium-Term Oil Market Report 2014 has predicted that global growth in oil demand may start to slow down as soon as the end of this decade, due to environmental concerns and cheaper alternatives, and despite boosting its 2014 forecast of global demand by 960,000 barrels per day.

While supply is forecast to remain strong – thanks largely to the unconventional, or “tight” oil revolution currently underway in north America – the IEA says it expects the global market to hit an “inflexion point”, by the end of 2019, “after which demand growth may start to decelerate due to high oil prices, environmental concerns and cheaper fuel alternatives.”

These factors, says the report, will lead to fuel-switching away from oil, as well as overall fuel savings. In short, it says, “while ‘peak demand’ for oil – other than in mature economies – may still be years away, and while there are regional differences, peak oil demand growth for the market as a whole is already in sight.”

It’s worrying news for the over-invested and under-prepared; not least of all oil importing nations, to which, as Samuel Alexander noted in this article last September, the economic costs of peak oil are especially significant.

“When oil gets expensive, everything dependent on oil gets more expensive: transport, mechanised labour, industrial food production, plastics, etc,” he wrote. “This pricing dynamic sucks discretionary expenditure and investment away from the rest of the economy, causing debt defaults, economic stagnation, recessions, or even longer-term depressions. That seems to be what we are seeing around the world today, with the risk of worse things to come.”

This then adds to the peak oil cycle, increasing governments’ motivation to decarbonise their economies – better late than never – “not only because oil has become painfully expensive, but also because the oil we are burning is environmentally unaffordable.”

This view has been echoed in numerous recent reports. US investment banks Sanford Bernstein raised the prospect of “energy price deflation”, caused by the plunging cost of solar and the taking up of market share by that technology as it displaced diesel, gas and oil in various economies. It predicted that could trigger a massive shift in capital.

Analyst Mark Fulton last month also questioned the wisdom of the private-sector investing over $1 trillion to develop new sources of high-cost oil production. While Mark Lewis, of French broking firm, suggested that $US19 trillion in revenuescould be lost from the oil industry if the world takes action to address climate change, cleans up pollution and moves to decarbonise the global energy system.

The IEA report also includes an updated forecast of product supply, which draws out the consequences of the shifts in demand, feedstock supply and refining capacity.

“Given planned refinery construction and the growth in supply that bypasses the refining sector, such as NGLs and biofuels, the refining industry faces a new cycle of weak margins and a glut of light distillates like gasoline and naphtha as a by-product of needed diesel and jet fuel,” it says.

It also predicts that “the unconventional supply revolution that has redrawn the global oil map” will expand beyond North America before the end of the decade, just as OPEC supplies face headwinds, and regional imbalances in gasoline and diesel markets broaden.

“We are continuing to see unprecedented production growth from North America, and the United States in particular. By the end of the decade, North America will have the capacity to become a net exporter of oil liquids,” IEA Executive Director Maria van der Hoeven said as she launched the report in Paris. “At the same time, while OPEC remains a vital supplier to the market, it faces significant headwinds in expanding capacity.”

Beyond ageing fields, the major hurdle facing OPEC producers is the escalation in “above-ground woes,” as security concerns become a growing issue in producers like Iraq, and investment risks deter investment and exploration.

The report notes that as much as three-fifths of OPEC’s expected growth in capacity by 2019 is set to come from Iraq. The projected addition of 1.28 mb/d to Iraqi production by 2019, a conservative forecast made before the launch last week of a military campaign by insurgents that subsequently claimed several key cities in northern and central Iraq, faces considerable downside risk. More