Lord Stern, the world’s most authoritative climate economist, has issued a stark warning that the financial damage caused by global warming will be considerably greater than current models predict. 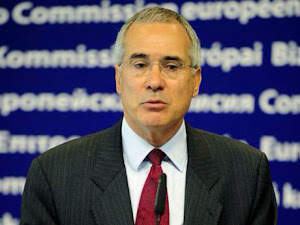 This makes it more important than ever to take urgent and drastic action to curb climate change by reducing carbon emissions, he argues.

Lord Stern, who wrote a hugely influential review on the financial implications of climate change in 2006, says the economic models that have been used to calculate the fiscal fallout from climate change are woefully inadequate and severely underestimate the scale of the threat.

As a result, even the recent and hugely authoritative series of reports from the UN Intergovernmental Panel on Climate Change (IPCC) are significantly flawed, he said.

“It is extremely important to understand the severe limitations of standard economic models, such as those cited in the IPCC report, which have made assumptions that simply do not reflect current knowledge about climate change and its … impacts on the economy,” said Lord Stern, a professor at the Grantham Institute, a research centre at the London School of Economics.

Professor Stern and his colleague Dr Simon Dietz will today publish the peer-reviewed findings of their research into climate change economic modelling in the The Economic Journal.

Their review is highly critical of established economic models which, among other things, fail to acknowledge the full breadth of climate change’s likely impact on the economy and are predicated on assumptions about global warming’s effect on output that are “without scientific foundation”.

Professor Stern, whose earlier research said it is far cheaper to tackle climate change now than in the future, added: “I hope our paper will prompt … economists to strive for much better models [and] … help policy-makers and the public recognise the immensity of the potential risks of unmanaged climate change.”

“Models that assume catastrophic damages are not possible fail to take account of the magnitude of the issues and the implications of the science,” he said.

Professor Stern and Dr Dietz say their findings strengthen the case for strong cuts in greenhouse gas emissions and imply that, unless this happens, living standards could even start to decline later this century. 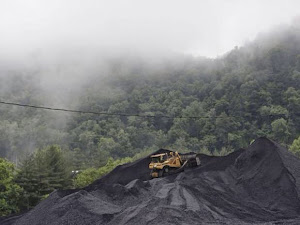 For the study, they modified key features of the “dynamic integrated climate-economy” (Dice) model, initially devised by William Nordhaus in the 1990s. The changes take into account the latest scientific findings and some of the uncertainties about the major risks of climate change that are usually omitted.

The standard Dice model has been used in a wide range of economic studies of the potential impacts of climate change, some of which have been cited in the most recent IPCC report which has been released in three parts over the past nine months.

Dr Dietz said: “While this standard economic model has been useful for economists who estimate the potential impacts of climate change, our paper shows some major improvements are needed before it can reflect the extent of the risks indicated by the science.”

Dr Dietz said his aim was to show how a new version of the model could produce a range of results that are much more representative of the science and economics of climate change, taking into account the uncertainties.

“The new version of this standard economic model, for instance, suggests that the risks from climate change are bigger than portrayed by previous economic models and therefore strengthens the case for strong cuts in emissions of greenhouse gases,” he said.

The new model differs in that it considers a wider temperature range when estimating the impact of doubling the atmospheric concentration of greenhouse gases – a measure of “climate sensitivity”.

Whereas the standard model usually assumes a single temperature for climate sensitivity of about 3C, the new model uses a range of 1.5C to 6C, which the authors say more accurately reflects the scientific consensus.

The standard model also “implausibly” suggests a loss of global output of 50 per cent would only result after a rise in global average temperature of 18C, even though such warming would likely render the Earth uninhabitable for most species, including humans, Dr Dietz contends.

The new model includes the possibility that such damage could occur at much lower levels of global warming. Standard economic models rule out the possibility that global warming of 5-6C above pre-industrial levels could cause catastrophic damages, even though such temperatures have not occurred on Earth for tens of millions of years. Such an assertion, he says, is without scientific foundation and embodies a false assumption that the risks are known, with great confidence, to be small.

The new model also takes into account that climate change can damage not just economic output, but productivity. The standard model assumes that rising levels of greenhouse gases in the atmosphere only affect economic growth in a very limited way, according to Dr Dietz. More