As if there weren’t already enough problems to worry about in the Middle East, Saudi Arabia might be headed for trouble.

From plummeting oil prices to foreign-policy missteps to growing tensions with Iran, a confluence of recent events is mounting to pose some serious challenges for the Saudi regime. If not properly managed, these events could eventually coalesce into a perfect storm that significantly increases the risk of instability within the kingdom, with untold consequences for global oil markets and security in the Middle East.

Here are some of the percolating problems that could throw the country off kilter.

Fissures Within the Royal Family. Last week, the Guardian published two letters that an anonymous Saudi prince recently circulated among senior members of the royal family, calling on them to stage a palace coup against King Salman. The letters allege that Salman, who ascended to the throne in January, and his powerful 30-something son Deputy Crown Prince Mohammed bin Salman have pursued dangerous policies that are leading the country to political, economic, and military ruin. In an interview with the Guardian, the prince insisted that his demand for a change in leadership not only had growing support within the royal family but across broader Saudi society as well. “The public [is] also pushing for this very hard,” he claimed. “They say you have to do this or the country will go to disaster.” The article, which includes the letters, written in Arabic, has been shared more than 15,000 times.

The Yemen War. The longer it drags on, the greater the risk that the Saudi intervention against Houthi rebels could become a serious source of internal dissension. In its story on the prince’s letters, the Guardian reported that “many Saudis are sickened by the sight of the Arab world’s richest country pummelling its poorest.” Particular blame is attached to Prince Mohammed bin Salman, who also serves as the kingdom’s defense minister and by all accounts has been the driving force behind the war effort. Tagged with the unofficial nickname “Reckless,” Prince Mohammed bin Salman has been accused of rushing into Yemen without a clear strategy or exit plan, resulting in mounting costs in blood and treasure, an ever-expanding humanitarian crisis, and growing international criticism.

Economic Problems. Thanks largely to Saudi policy, oil prices plummeted by more than 50 percent in the past year. Facing a market glut due to the U.S. oil boom, Saudi strategy has been to maintain high production, fight for market share, allow prices to collapse, and wait for higher cost producers, particularly in America, to be driven out of business. With cheaper oil spurring increased demand and squeezing out excess supply, the theory was that higher prices would return before the kingdom ever felt any real economic pinch.

But it hasn’t quite worked out that way — at least not as quickly as the Saudis anticipated. Indeed, Saudi Arabia’s 2015 budget was based on the assumption that oil would be selling at about $90 per barrel. Today, it’s closer to half that. At the same time, the Saudis have incurred a rash of expenses that weren’t planned for, including those associated with King Salman’s ascendance to the throne (securing loyalty for a new king can be expensive business) and the war in Yemen.

The result is a budget deficit approaching 20 percent, well over $100 billion, requiring the Saudis to deplete their huge foreign exchange reserves at a record rate (about $12 billion per month) while also accelerating bond sales. The Saudis have reportedly liquidated more than $70 billion of their holdings with global asset managers in just the past 6 months.

While there’s no danger that the kingdom will run out of money anytime soon, the longer this trend of large budget deficits, lower oil prices, and declining foreign exchange reserves continues, the more nervous international markets will become — with potential implications for key indicators like credit rating and capital flight. Adding to long-term concerns is the fact that Saudi net oil exports have been in slow decline for years as internal energy consumption rises dramatically. Indeed, analysts now suggest that rapidly expanding domestic demand could render the kingdom a net importer of oil by the 2030s. It goes without saying that such a development poses a mortal threat to the kingdom, where oil sales still account for 80 to 90 percent of state revenues. More 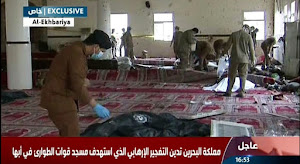