That solar photovoltaic (PV) technology is poised to become a dominant energy generation technology throughout the world is of no surprise to most, but the sheer wealth of possibility being forecast throughout the middle and southern hemispheres begins to give an idea of just how prevalent the technology will be by the end of the decade.

Figures published by NPD Solarbuzz have so far predicted that several of the major Asia Pacific nations will account for 60% of solar PV demand in 2014, while being primary drivers of growth over the next several years, at the same time as the Middle East and Africa region currently has close to 12 GW of solar demand in the pipeline.

So it should really come as no surprise that NPD Solarbuzz’s recent figures show that the Latin America and Caribbean region is set to install 9 GW of solar PV over the next five years.

“Solar PV is now starting to emerge as a preferred energy technology for Latin American and Caribbean countries,” said Michael Barker, senior analyst at NPD Solarbuzz. “The region has high electricity prices and it also benefits from strong solar irradiation, which makes it a good candidate for solar PV deployment. As a result, experienced global solar PV developers are seeing strong solar PV growth potential in the region.”

NPD Solarbuzz’s Emerging PV Markets Report: Latin America and Caribbean shows that the total PV project pipeline now exceeds 22 GW of projects across all stages of development — with 1 GW of projects already under construction, and another 5 GW of projects have received the appropriate approval to proceed.

The Latin America and Caribbean region was previously home to many small-scale and off-grid solar PV applications, however governments are now looking to solar PV to address large-scale utility power requrements — specifically in Brazil, Chile, and Mexico.

“Many countries across the LAC region have the potential to develop into major solar PV markets in the future,” added Barker. “While project pipelines vary by country, there is a strong contribution from early-stage developments that have yet to finalize supply deals or find end-users to purchase the generated electricity, which presents both risks and opportunities for industry players.”

A number of countries throughout the developing and second-world countries are turning to renewable energy technologies to develop strong, future-proof, and economically efficient energy generation. Such a trend is being backed by major manufacturing companies who are focusing their efforts on these regions, hoping to increase their own profits while fulfilling renewable energy demand. More

1 September 2014: Participants recognized sustainable energy for all as a tool for eradicating poverty, combating climate change, creating economic opportunities and achieving sustainable development for all small island developing States (SIDS), at a high-level side event, titled ‘Linking SIDS and Sustainable Energy for All (SE4ALL): From Barbados to Samoa, and Beyond.' The event took place on the sidelines of the Third International Conference on SIDS, in Apia, Samoa, on 1 September 2014.

The SE4ALL side event aimed to build on commitments from the UN Conference on Sustainable Development (UNCSD, or Rio+20+) and the Barbados SIDS High-Level Conference on SE4ALL, to take stock of progress since these events and chart the way forward to ensure sustainable energy for all SIDS.

Speaking at the event, UN Secretary-General Ban Ki-moon said achieving the three targets of the SE4ALL initiative is an important part of putting the world on a pathway for keeping temperature rise below two degrees Celsius. He outlined the need for a new energy paradigm, particularly for SIDS, who he said are particularly vulnerable to climate change and faced inflated energy costs due to their remoteness, and he welcomed the proposal of a dedicated Sustainable Development Goal (SDG) on sustainable energy for all with a focus on access, efficiency and renewables. Ban encouraged all leaders to “bring bold actions and ideas and strong political vision and political will” to the UN Climate Summit.

“SIDS are creating opportunities and examples that, if replicated worldwide, could lead the transition from fossil fuel energy to renewable and sustainable energy,” said UN General Assembly President John Ashe in his remarks.

In the immortal words of Montserratian singer/songwriter, Arrow, the Caribbean is “…feelin’ hot, hot, hot!” And, that’s a good thing. 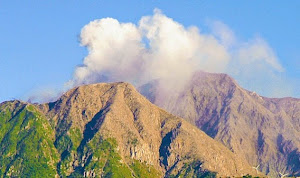 With a little help from Mother Nature, the islands of the Caribbean are learning to harness the power of high temperature geothermal energy beneath the earth’s surface.

In an effort to move away from reliance on expensive, fossil-fueled, diesel-powered generators toward a dependable, eco-friendly source of renewable energy, a number of forward-thinking Caribbean islands are aggressively searching for and identifying alternative sources of power beneath the surface.

Energy self-sufficiency, long sought-after by local governments may soon become a reality for some islands in the Caribbean.

While the road to sustainable geothermal power generation has no short cuts and faces a number of financial, administrative and physical challenges, the rewards can be substantial in the long-run.

Geothermal power produces an environmentally-friendly, long-lasting energy source that can provide electricity at significantly lower cost and, in some cases, may produce enough excess power, exported via submarine cables, to create a revenue stream between islands.

The Caribbean island of Montserrat is among the leaders in geothermal exploration.

It is also on a mission of rebirth from the devastation caused by the eruption of the Soufrière Volcano in the mid-1990s which destroyed the capital town of Plymouth, left more than half of the island’s residents homeless and covered more than 30 percent of the island with lava and ash.

Today, Montserrat has plans for a new capital town, a new port, a vibrant hospitality and tourism industry and the regeneration of private enterprise equipped with a sustainable infrastructure. Geothermal power will play a major role in this transformation.

Ironically, the same geological forces that created the Soufrière Volcano will now be harnessed to power the island’s electricity grid from a geothermal source. Iceland Drilling Company Ltd., a leading high-tech company in the field of high temperature deep geothermal drilling, has successfully tested two geothermal wells on Montserrat and the foundation is now in place for a third well backed by the UK government, part of its continuing support for the British Overseas Territory’s Master Plan for Growth.

It is our hope that Montserrat’s geothermal resources and sustainable, “green” energy infrastructure will attract environmentally-conscious developers and investors as “founding fathers” of our new capital town.

Ultimately, “going green” in Montserrat may help the nation move to the forefront in eco-tourism while driving a self-sufficient economic future.

In Dominica, geothermal exploration supported by the European Union brings with it the hopes of clean energy generation sufficient to supply the entire island and provide electricity for export as well.

Nevis, another volcanic island, is hoping to become a regional supplier of power to nearby St. Kitts, among others, and has said it intends to begin exploratory well-digging at various sites around the island.

Geothermal power has the possibility of transforming the Caribbean.

It will allow for a rise in the standard of living, an increase in job opportunities and a cleaner environment for residents and visitors to enjoy.

If nations can reduce, or eliminate, their reliance on expensive, environmentally harmful fossil fuels, they will not only pave the way for energy independence but also create an attractive environment for investors to support sustainable practices and economic development that will benefit the entire region. More

In 2013, world geothermal electricity-generating capacity grew 3 percent to top 11,700 megawatts across 24 countries. Although some other renewable energy technologies are seeing much faster growth—wind power has expanded 21 percent per year since 2008, for example, while solar power has grown at a blistering 53 percent annual rate—this was geothermal’s best year since the 2007-08 financial crisis. 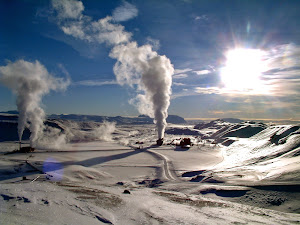 Geothermal power’s relatively slower growth is not due to a paucity of energy to tap. On the contrary, the upper six miles of the earth’s crust holds 50,000 times the energy embodied in the world’s oil and gas reserves. But unlike the relative ease of measuring wind speed and solar radiation, test-drilling to assess deep heat resources prior to building a geothermal power plant is uncertain and costly. The developer may spend 15 percent of the project's capital cost during test-drilling, with no guarantee of finding a viable site.

Once built, however, a geothermal power plant can generate electricity 24 hours a day with low operation and maintenance costs—importantly because there is zero fuel cost. Over the life of the generator, geothermal plants are often cost-competitive with all other power sources, including fossil fuel and nuclear plants. This is true even without considering the many indirect costs of fossil- and nuclear-generated electricity that are not reflected in customers’ monthly bills.

The top three countries in installed geothermal power capacity—the United States, the Philippines, and Indonesia—account for more than half the world total. California hosts nearly 80 percent of the 3,440 megawatts of U.S. geothermal capacity; another 16 percent is found in Nevada.

Indonesia has the most ambitious geothermal capacity target. It is looking to develop 10,000 megawatts by 2025. Having only gained 150 megawatts in the last four years, this will be a steep climb. But a new law passed by the government in late August 2014 should help move industry activity in that direction: it increases the per-kilowatt-hour purchase price guaranteed to geothermal producers and ends geothermal power’s classification as mining activity. (Much of Indonesia’s untapped geothermal resource lies in forested areas where mining is illegal.) Even before the new law took effect, geothermal company Ormat began construction on the world’s largest single geothermal power plant, a 330-megawatt project in North Sumatra, in June 2014. The plant should generate its first electricity in 2018.

Indonesia is just one of about 40 countries that could get all their electricity from indigenous geothermal power—a list that includes Ecuador, Ethiopia, Iceland, Kenya, Papua New Guinea, Peru, the Philippines, and Tanzania. Nearly all of them are developing countries, where the high up-front costs of geothermal development are often prohibitive.

To help address this mismatch of geothermal resources and funds, the World Bank launched its Global Geothermal Development Plan in March 2013. By December, donors had come up with $115 million of the initial $500 million target to identify and fund test-drilling for promising geothermal projects in the developing world. The Bank hopes that the experience gained from these projects will lead to lower costs for the geothermal industry overall. This would be good news on many fronts—simultaneously reducing energy poverty, air pollution, carbon emissions, and costly fossil fuel imports. More