The Hebron man does not back off even when a soldier fires towards him. www.electronicintifada.net 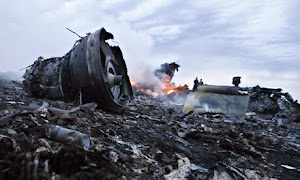