I’ll bet you didn’t know that June is “torture awareness month” thanks to the fact that, on June 26, 1987, the Convention Against Torture and other Cruel, Inhuman, and Degrading Treatment or Punishment went into effect internationally. 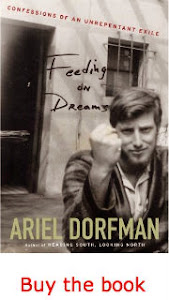 In this country, however, as a recent Amnesty International survey indicated, Americans are essentially living in Torture Unawareness Month, or perhaps even Torture Approval Month, and not just in June 2014 but every month of the year.

One simple fact of the post-9/11 era should make this clear and also boggle the mind, but has had almost no impact here. But for this you need a little background from the early years of what was once called the Global War on Terror. In addition to a stream of international kidnappings (euphemistically called “renditions”) of terror suspects, including completely innocent people the CIA snatched off the streets of global cities, as well as from the backlands of the planet and “rendered” into the hands of well-known torturing regimes (with the help of 54 other countries) and the setting up of a network of “black sites” or offshore prisons where anything went, the CIA tortured up a storm. And it did so at the behest of the top officials of the Bush administration, including the president and vice president who were convinced that it was time for Washington to “take the gloves off.” In those years, torture techniques were reportedly demonstrated in the White House to some of those officials, including the vice president and national security advisor. At the time, they went by the euphemistic, administration-approved term “enhanced interrogation techniques,” which was quickly picked up and used in the U.S. mainstream media in place of the word “torture” — though only when the enhanced interrogators were American, of course. The bad guys out there continued to “torture” in the usual fashion.

In the Obama years, torture was (at least officially) tossed out as a useful tactic. But the torturers themselves were given a pass, every last one of them, by the Justice Department, even two cases in which the CIA’s acts of enhancement had led to death. No charge was ever brought against anyone, including the Justice Department lawyers who wrote the tortured memos endorsing those techniques and redefining torture as only happening when the torturer meant it to, or the officials who green-lighted them. Think of the Obama administration then as Amnesty National. That administration did, however, have the guts to go after one man connected to the torture program, forced a plea deal from him, and sent him to jail for two years. I’m talking about former CIA agent John Kiriakou, the only person since 9/11 convicted of a torture-related crime. To be specific, his criminal act was to blow the whistle on his former employer's torture program to a journalist, revealing in the process the name of a CIA agent. That was considered such an indefensible act — in effect, an act of torture against the American security state — that justice, American-style, was done.

It’s quite a tortuous record when you think about it, not that anyone here does anymore, which is why we need TomDispatch regular Ariel Dorfman, author most recently of Feeding on Dreams: Confessions of an Unrepentant Exile, to remind us of what’s really at stake when one human being tortures another. Tom

What a way to celebrate Torture Awareness Month!

According to an Amnesty International Poll released in May, 45% of Americans believe that torture is “sometimes necessary and acceptable” in order to “gain information that may protect the public.” Twenty-nine percent of Britons “strongly or somewhat agreed” that torture was justified when asked the same question.

For someone like me, who has been haunted by the daily existence of torture since the September 11, 1973 coup that overthrew Chilean President Salvador Allende, such percentages couldn’t be more depressing, but perhaps not that surprising. I now live, after all, in the America where Dick Cheney, instead of being indicted as a war criminal, sneeringly (and falsely) claims to anyone who asks him — and he is trotted out over and over again as the resident expert on the subject — that “enhanced interrogations” have been and still are absolutely necessary to keep Americans safe.

As for those Americans and Britons — and so many others around the world — who find such horrors justifiable, I wonder if they have ever met a victim of torture? Or do they think this endless pain is only inflicted on remote and dangerous people caught up in unfathomable wars and savage conflicts? If so, they should think again.

When I read these sorts of statistics a scene comes back to me. I remember a man I met 20 years ago, not in my native Latin America or in faraway lands where torture is endemic, but in the extremely English town of Berwick-upon-Tweed.

Everybody in the room that day was crying, except for the man who had moved us all to tears, the former prisoner of war whom my son Rodrigo and I had traveled thousands of miles to meet. We had hoped to do justice to his story in a biopic, Prisoners in Time, that the BBC wanted to make for television — based on the same autobiographical material used recently in The Railway Man, the film starring Colin Firth and Nicole Kidman now showing in theaters across America.

And what an extraordinary story it was!

Eric Lomax, a British officer in World War II, had been tortured by the Japanese in Thailand while working on the infamous Bangkok-Burma railroad, the one most people know about through another film, The Bridge on the River Kwai. Eric, like so many victims of atrocities, was plagued by the experience, his life destroyed by memories of his agony and the desire for revenge. What differentiated him from so many others persecuted worldwide was not only that, more than 40 years later, he tracked down the man he held responsible for his suffering, the anonymous interpreter at his beatings and waterboardings, but the astounding fact that this tormentor, Takashi Nagase, once found and identified, turned out to be a Buddhist monk. Nagase had spent the postwar decades denouncing his own countrymen for their crimes and trying to atone for his role in the atrocities he had helped commit by caring for innumerable orphans of the Asians who had died building that railroad. The one scorching image from the war he could not escape was that of a brave young British lieutenant over whose torture he had presided and whom he had presumed to be dead. More