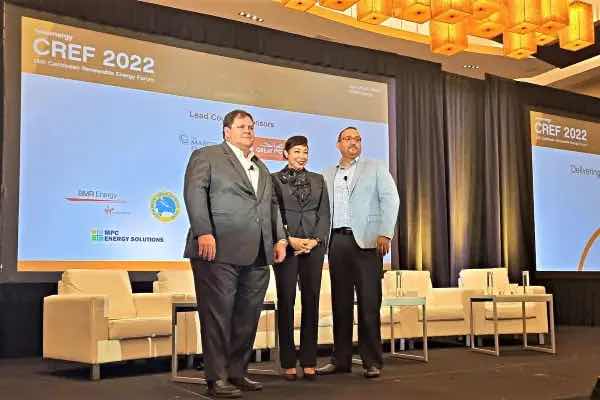 The Cayman Islands Government is seeking to take control of the country’s future green energy resources through majority ownership of new solar or other renewable energy facilities. Premier Wayne Panton announced the major new policy direction on Wednesday at a forum in Miami, when he outlined the goal for government and the public to have the majority shares in any new infrastructure, allowing Cayman to reap and retain the benefits of renewable projects and control of future energy supplies.
Panton’s revelation came during a special conversational section at the Caribbean Renewable Energy Forum, in which he delivered the keynote speech. Afterwards, he told CNS that the details of how this will be achieved have not yet been ironed out, but he said government will be engaged in some form of private partnership with operators of renewable facilities that will see the public control the majority stake.
Read More