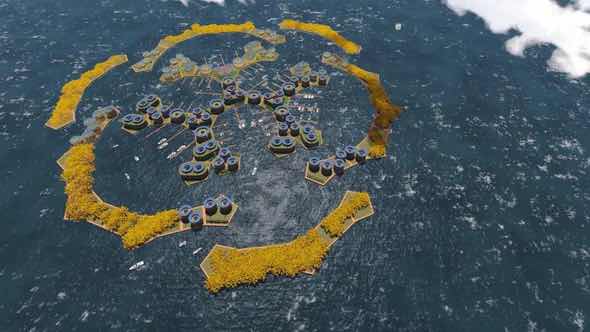 Could Floating Cities Be a Haven as Coastlines Submerge? – Scientific American
By century’s end, tens of millions of U.S. coastal property owners will face a decision embodied in the popular exhortation, “Move it or lose it.”
But there’s an option for people who can’t imagine a home without an ocean view. It’s called “seasteading,” and it could be a 21st-century antidote to the nation’s disappearing shorelines.
“Floating cities” could become climate havens for people whose lives and livelihoods are tethered to the sea or nearby coast, according to the San Francisco-based Seasteading Institute.  Read More