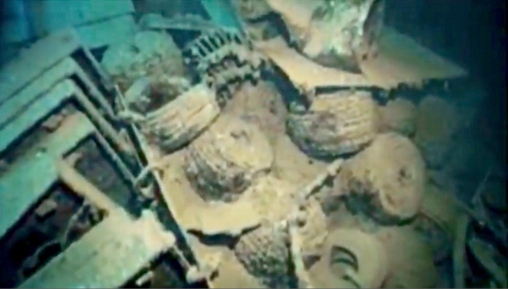 Two people were taken to hospital and hundreds evacuated in the drama – with a two-mile cordon closing down the seaside town’s famous promenade.

Locals were warned to keep their windows and doors firmly shut while witnesses described people “heaving and retching” after being exposed to the sea air.

It is now thought the plume could have come from one of dozens of cargo vessels and munitions ships containing weapons and poisonous gas that were sunk in the English Channel during World War One and Two.

Chemicals were also sealed in concrete containers and dumped in the sea by both sides at the end of the conflicts.

Decades after the wars, it is feared the “rusting timebombs” are now rupturing in stormy seas – causing deadly gases to bubble up to the surface and then drift along the sea surface and onto the coast.