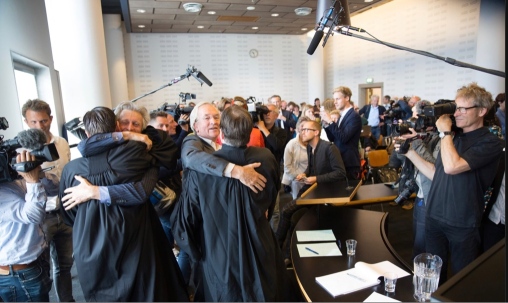 “You have been negotiating all my life”, cried out 21-year-old Anjali Appadurai from the lectern of a UN climate change conference four years ago. The activist, speaking on behalf of her nation’s youth, could have speaking for anyone who has taken a mild interest in more than two decades of international negotiations on climate change and stood aghast as world leaders have failed to protect the most basic of human rights – to exist.

But today, thanks to 886 Dutch citizens who decided to sue their government, all of that may change. We may not have to wait for the politicians to save us – the lawyers may step in instead. In the first successful case of its kind, a judge in the Hague has ruled that the Dutch government’s stance on climate change is illegal and has ordered them to take action to cut greenhouse gas emissions by a hefty 25% within five years. Read More